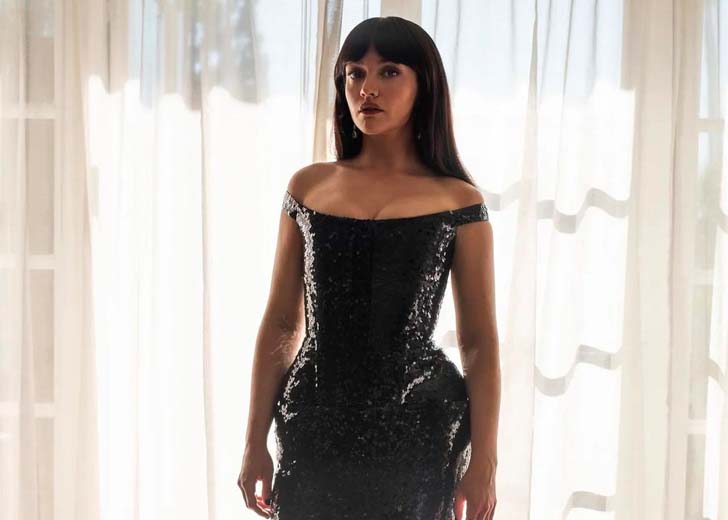 All about Olivia Cooke’s parents, ethnicity and early life.

Olivia Cooke is an English actress of British ethnicity. She was born to her father, John Cooke, and her mother, Lindsay Wilde.

The English actress is well-known for her role as Emma Decody in the A&E thriller drama series Bates Motel and Becky Sharp in the miniseries Vanity Fair.

She has appeared in numerous movies like Ouija, The Quiet Ones, The Limehouse Golem, and television series including Axe Cop, Modern Love, Slow Horses, House of the Dragon, and many more.

The talented actress, Cooke, belongs to the English ethnicity. She made her acting debut when she was eight years old in her hometown’s after-school drama program, the Oldham Theatre Workshop.

The actress attended Royton and Crompton Academy and Oldham Sixth Form College, where she studied drama but left before completing her A-levels to act in the drama series Blackout.

House of the Dragon actress found her first local agency at the age of 14, who helped her land commercial opportunities. She appeared in the 2012 One Direction ‘Autumn Term’ tour video as a student who Harry Styles gave a piggyback ride.

She was eager to apply to the Royal Academy of Dramatic Art (RADA). Even though her agent advised against it because she was already getting acting opportunities, she made it to the final round of auditions before but got rejected.

Who are Olivia Cooke’s parents?

Cooke was born on December 27, 1993, in Oldham, Greater Manchester, to John Cooke and Lindsay Wilde. She does not come from a family of actors, as her father is an ex-policeman and her mother is a sales representative.

During an interview with Interview magazine, she said, “My dad’s an ex-policeman and my mum is a sales representative and they haven’t got the acting bug. Bless them.”

Cooke has a younger sister named Eleanor. The union between her parents did not last long. When she was a young girl, her parents were divorced, so she and her sister moved in with their mother.

Little is known about her parents other than their names and jobs. Cooke seems to be keeping them hidden from the media, protecting their privacy.

Olivia Cooke as Alicent Hightower in ‘House of the Dragon’

Cooke portrayed one of the leading roles of adult Alicent Hightower in an American fantasy drama, House of the Dragon, which premiered on August 21, 2022, with ten episodes in the first season.

Her role as Hightower, she served as Princess Rhaenyra Targaryen’s childhood friend and companion as well as King Viserys Targaryen’s second wife and queen consort.

The actress can be seen working alongside Paddy Considine as King Viserys I Targaryen, Matt Smith as Prince Daemon Targaryen, Eve Best as Princess Rhaenys Targaryen, and many other famous personalities.

Who Is Vinessa Shaw’s Husband? Her Spouse and Children Discussed