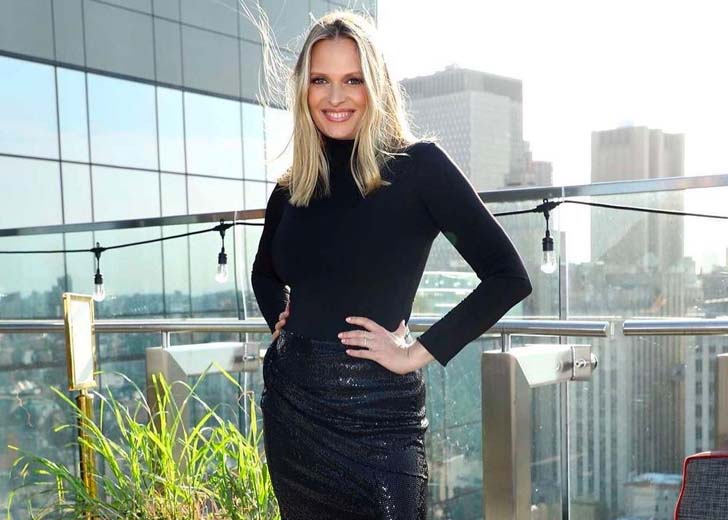 All about Vinessa Shaw’s career!

Vinessa Shaw is a model and actress from the United States. As a child, she began her acting career and had her breakthrough role in Disney’s 1993 Halloween comedy fantasy film Hocus Pocus as Allison Watts.

She has been active in the entertainment industry for four decades and has been acting since 1981. Throughout her time in the industry, she has been a part of dozens of movies and series.

As a result, she has amassed a significant net worth with the help of her salary and earnings.

As said before, Shaw has been part of Hollywood since 1981. She has over 50 acting credits, which are increasing with time.

While her salary and earnings in movies are unknown, various sites have reported her net worth. They vary according to the tabloids, but she seems she has a six-figure net worth!

Shaw, who has a height of 5’6”  (167.6 cm), made her film debut in Home Sweet Home, a little-known 1981 slasher film about a serial killer targeting a family during Thanksgiving.

For the rest of the 1990s, Shaw appeared in various independent films. She enrolled at Barnard College in New York City in 1998 but dropped out to pursue acting full-time.

Shaw was in college when Stanley Kubrick approached her about a role in Eyes Wide Shut as a prostitute encountered by Tom Cruise’s character. She stated in a 2008 interview that Kubrick was very influential and was the first person who encouraged her to continue acting.

Shaw’s time was consumed by low-budget and independent films until 2006 when she returned to the big screen in Alexandre Aja’s remake of Wes Craven’s exploitation-horror film The Hills Have Eyes. There, she played the role of a young mother on a family camping trip who was attacked by bloodthirsty mutants in the New Mexico desert.

Shaw appeared on the film’s official one-sheet promotion poster, which was a box-office success. She appeared in the 2007 remake of the classic Western film 3:10 to Yuma alongside Russell Crowe and Christian Bale.

Similarly, she was a part of the indie drama Garden Party and as a lead in Two Lovers alongside Joaquin Phoenix and Gwyneth Paltrow. In 2013, she played the wife of Jude Law’s character in the film Side Effects.

The horror theme was never far from her projects, and she appeared in films such as Stag Night, Come Out and Play, Clinical, and Family Blood, among others.

What is Vinessa Shaw doing now?

Shaw has returned to the film industry after a brief hiatus around 2018. Three of her projects were released in 2021.

Finally, Shaw’s most recent project is the psychological horror film We Need to Do Something, in which she co-stars with Sierra McCormick. The film is based on the same-named novella about a family trapped in their bathroom during a tornado.

We Need to Do Something premiered in June 2021 at the Tribeca Film Festival and was released in September of the same year. The actress has also been busy with her family alongside her career.

She is a mother to her son, Jack, who was born in 2018 when she is not starring in indie dramas or horror films. She has been married to Kristopher Gifford since 2017, but the couple has been dating since 2007.