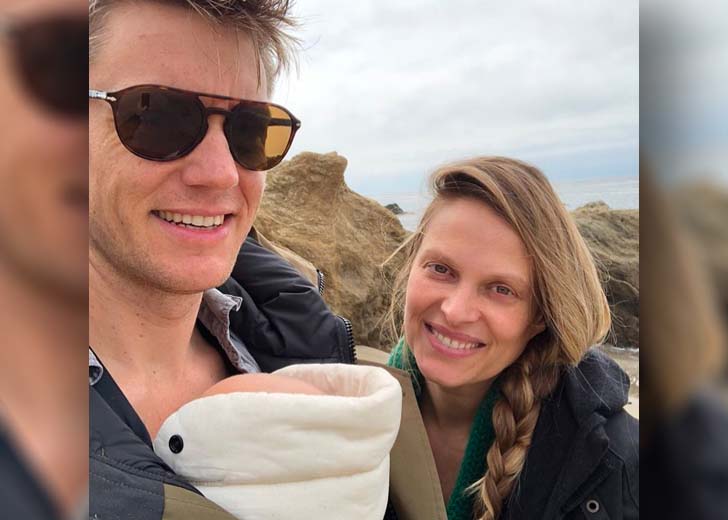 All about Vinessa Shaw’s husband Kristopher Gifford and their married life.

Vinessa Shaw’s husband, Kristopher Gifford, works as a graphic designer. He is most known for his work on the successful TV shows Bosch and Ray Donavan, as well as the movies Deepwater Horizon, Fantastic Four, and Space Jame: A New Legacy.

About five years have passed since the duo was married. Shaw’s Wikipedia stated that they started dating in 2007. After a year, the famous couple became engaged in 2008.

In 2017, after being together for a decade, Shaw and Gifford decided to take their relationship to the next level and tied the knot surrounded by her family and friends.

Vinessa Shaw shares a child with her husband Kristopher Gifford

On August 12, 2017, Shaw made her first pregnancy announcement on Instagram. She shared with her social media followers a picture of the couple along with the note, “Good News! We are happy and thrilled to announce that we will be welcoming a baby in the first few months of 2018!”

Vinessa Shaw and her husband Kristopher Gifford made the pregnancy announcement. (Source: vinessaofficial/Instagram)

A few days later, the Hocus Pocus actress shared another pregnancy announcement on August 15, 2017, by sharing a classic Sanderson Sisters quote from her movie Hocus Pocus.

The actress admitted that she regretted having missed the chance to utilize the photo for her formal announcement. She the picture, “Maybe I should have used this for my pregnancy announcement?? #anythinggoes.”

Over the past few months, the actress informed her followers about her pregnancy. “This bun is almost baked,” Shaw said to her fans in early February 2018.

On March 2, 2018, the star announced on Instagram that she had welcomed her first child with her husband, Gifford. She gave birth to a baby boy named Jack Hiroki Gifford on Tuesday, February 20, 2018.

The Home Sweet Home actress wrote, “After a long labor with many complications, Baby Jack was finally born two and a half weeks after his due date on 2.20.2018 weighing in at 9lbs 9oz,” alongside a cute black and white photo of her grabbing the newly born’s hand.

They commemorated their first decade of togetherness when they had just been dating for nine years. It was not until Susan, Shaw’s mother, clarified the circumstances the two lovers realized their mistake.

On November 21, 2017, the actress wrote, “Is it possible for anyone to celebrate their 10th anniversary two years in a row?” alongside a photo of her and Kristopher smiling widely on her Instagram.

Shaw also added, “Whelp, for us it is! Last year we celebrated a decade of being together only to find out from my mother, that we were one year off!”

Keep reading Glamour Buff for more stories like this