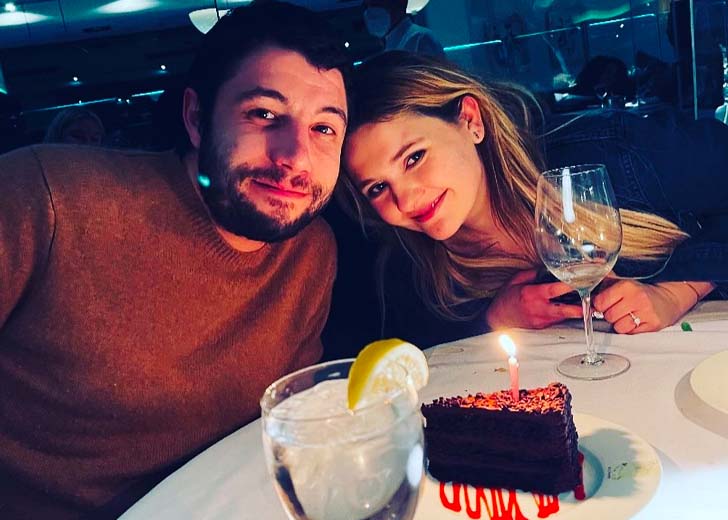 All about Abigail Breslin’s dating history!

Abigail Breslin is living her life to the fullest with her fiance, Ira Kunyansky, after a traumatic relationship with her former boyfriend.

Breslin is a singer and actress from the United States who rose to prominence with the comedy-drama film Little Miss Sunshine (2006). She received an Academy Award nomination for Best Supporting Actress at age ten.

Breslin revealed in April 2017 that a former boyfriend had raped her and that she had since been diagnosed with PTSD. She explained that she did not report the rape because she was in complete shock and denial.

Moreover, she feared that police would not believe her. She was also worried about retaliation from her former partner if he found out and worried about him hurting her family.

But later, she grew confident and shared her story with the world. Even though she had a traumatic relationship in the past, she had faith in love.

She found it in the arms of her current partner Kunyansky, with whom she will soon get married. Here is everything we know about the couple.

It is unknown when the pair began dating. However, Breslin first showed off her partner in April 2017.

Regardless, the actress kept her romance private. Though she never mentions her boyfriend in interviews, she often posts pictures with him on social media.

In June 2017, she posted a photo of her Kunyansky on Instagram but remained silent about their relationship. It took her nearly two months to give her fans a clear indication of the actress’ relationship status.

The sign came from an Instagram post in which she posted a picture of her to-be-husband playing with her cat and referred to him and the cat as her two favorites.

Since then, they have shown off their love on Instagram. Kunyansky’s social media is filled with pictures of his partner gushing about how much he loved her.

After dating for over four years, the duo got engaged.

On February 23, 2022, the actress shared the exciting news with her Instagram followers, alongside a photo of her engagement ring from her longtime boyfriend.

“I was like, ‘duh,’” she wrote in the photo’s caption, in which she also tagged her soon-to-be husband. She then posted another picture of them as he got down on one knee on the sand.

They shared a sweet kiss in that image, seemingly seconds after he proposed during what appeared to be a nighttime trip to the beach. Kunysansky was ecstatic as his new fiancée, as he posted several photos from the proposal to Instagram with the caption, “She said YES!”

After getting engaged, Abigail Breslin showed off her engagement ring given to her by her fiance, Ira Kunyansky. (Source: Instagram)

In one of the photos, he held her arm while she flaunted her engagement ring, and another showed them eating dinner together. At the time of writing, the pair have not gotten married yet.

Breslin has a long list of ex-boyfriends since the actress is known to have started dating when she was just 17 years old. Her first public relationship was in 2013, and she was rumored to be dating one of 5 Seconds of Summer’s members, Michael Clifford, in the fall of that year.

The actress and the Australian artist were only together for a few months. After splitting up with Clifford, Breslin began dating All Time Low frontman Jack Barakat the same year.

The singer’s relationship with Barakat did not last long, and she later met actor Tom Sturridge in 2014. Sturridge was 28 years old when he began dating Breslin, and she was 18.

While the actress’ previous relationship lasted only a few months, this couple worked out for almost two years despite their significant age difference.

Breslin’s relationship with Sturridge ended in 2015, after which she became interested in Freddie Highmore, with whom she began dating in 2016. Their relationship was complicated and ended in the same year.

After that, Breslin began dating Kunyansky, and the rest is history!

How Much Is Vinessa Shaw's Net Worth? All About Her Career