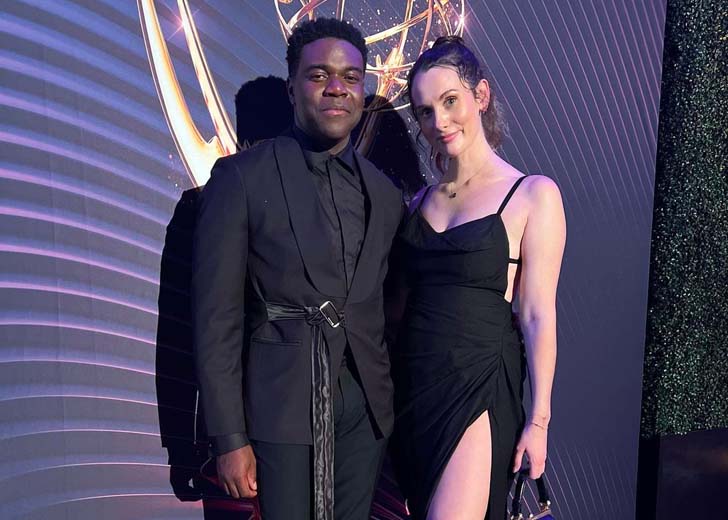 American comedian, writer, actor, and producer Sam Richardson is best known for his roles as Richard Splett in the HBO political comedy Veep (2012–2019).

He co-created and co-starred in the Comedy Central comedy series Detroiters with Tom Robinson. He also plays a variety of other characters in the Netflix sketch series I Think You Should Leave.

He also co-starred in the Apple TV+ series The Afterparty. For his work in Ted Lasso, he received a Primetime Emmy nomination in 2022 for Outstanding Guest Actor in a Comedy Series. He also appeared on the Fox series HouseBroken.

With a career spanning over two decades, the gifted actor’s personal life has become a topic of public attention, assuming the star is married or even gay. Well, to be clear, the actor is neither of the two.

In that regard, the Afterparty star is in a committed relationship with Nicole Boyd. Read along to find more details on their relationship history.

As previously stated, Richardson and his girlfriend have a romantic relationship, and the couple has not revealed any information about when their love affair began.

However, they were first spotted together on February 25, 2017, at the 2017 Film Independent Spirit Awards hosted by Jeep at Santa Monica Pier in California.

They have also attended several public events and award ceremonies, including The Hollywood Reporter and SAG-AFTRA Annual Nominees Night in Beverly Hills in September 2018.

Similarly, the couple attended the premiere of the last season of Veep at Alice Tully Hall in New York City in March 2019.

According to the actor’s Instagram postings, he and his girlfriend, Boyd, have been dating since 2017. Richardson also posts images of them going to various destinations and holidays, and they both look to be travelers.

Despite their closeness, the cute couple has not yet exchanged wedding vows. And it is also unsure whether the couple is tying knots any sooner. However, the two look like they are having the best times with each other viewing their Instagrams.

Sam Richardson’s girlfriend, Boyd, is a secretive person. Despite the media and public attention, she has managed to keep her personal and professional lives hidden.

Additionally, her boyfriend appears to be going out of his way to preserve Nicole’s privacy by not sharing many details about her professional and personal life while speaking about their relationship in front of the public.

However, many assume that she is the ex-wife of skateboarder Bam Margera.

While Richardson’s girlfriend and Margera’s ex-wife share the same name, they are definitely not the same person. Many people often assume that Sam’s girlfriend, Boyd, is the ex-wife of Margera, a well-known skateboarder and stunt performer, as mentioned in ecelebritymirror.

On the other hand, Margera’s wife has presented herself as the proud wife of Bam and mommy bear in her Instagram bio, where she is active under the user handle @Nikkib124 and full name Nicole Boyd Margera.

Another fascinating detail is that Margera’s ex-wife has tattoos on both arms, but Sam’s girlfriend does not. They are just two individuals sharing a common name.

Features of Gambling in Australia