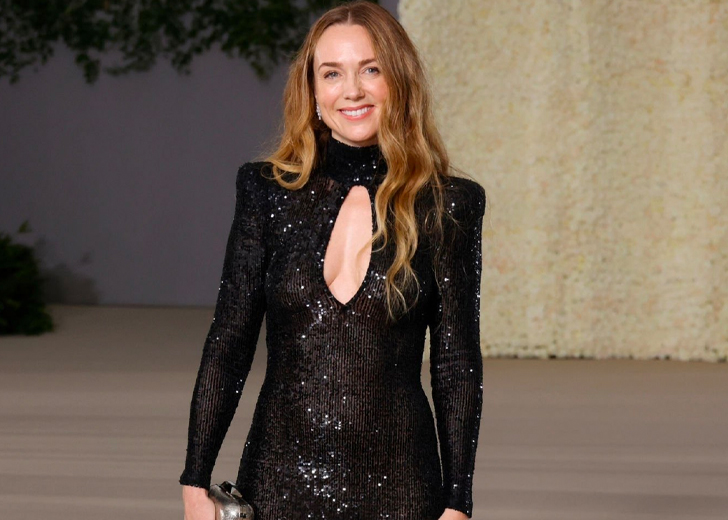 All about Marvel’s F.R.I.D.A.Y. voice over Kerry Condon’s career and net worth.

Kerry Condon, known for her role as Octavia of the Julii in Rome, voiced F.R.I.D.A.Y. in various movie series in the Marvel Cinematic Universe.

Unwilling to hire another secretary, Stark built F.R.I.D.A.Y., artificial intelligence that manifested as a hologram of a young girl.

Who is the voice of Friday in the MCU? Kerry Condon’s net worth revealed

Rome actress Condon is best known for the voice of F.R.I.D.A.Y., Tony Stark’s replacement for J.A.R.V.I.S. in several films in the Marvel Cinematic Universe.

It is a fictional artificial intelligence appearing in American comic books, usually depicted as the personal assistant and ally of the superhero Iron Man. It first appeared in Iron Man vol. 3 #53 and was created by comic book artists Mike Grell and Michael Ryan.

As per creeto, the actress’ estimated net worth is about $2 million. Her roles in well-known television series, including Rome, in which she played Octavia of the Julii, Stacey Ehrmantraut in Better Call Saul, and The Walking Dead’s Clara, let her earn enormous sums of money.

The talented actress is set to appear in Martin McDonagh’s comedy film The Banshees of Inisherin, which premiered at the 79th Venice International Film Festival on September 5, 2022.

She can be seen working alongside renowned actors like Colin Farrell, Brendan Gleeson, Barry Keoghan, and many more. The movie is scheduled to be released by Searchlight Pictures on October 21, 2022.

At the age of 18, Condon was cast as Mairead in Martin McDonagh’s The Lieutenant of Inishmore, which she performed at the Royal Shakespeare Company and the Lyceum Theatre in New York in 2006.

She was the youngest performer to ever play Ophelia for the R.S.C. when she took on the part in Hamlet that same year.

In 2009, she had an appearance in The Cripple of Inishmaan; another Martin McDonagh play for which she won both a Lucille Lortel Award and a Drama Desk Award.

In the 2003 film Ned Kelly, Condon played Kate Kelly, the outlaw sister of Ned Kelly. She also made an appearance in the 2003 Irish indie film Intermission alongside Cillian Murphy, Kelly Macdonald, and Colin Farrell.

The Irish actress appeared in the Jet Li action thriller Unleashed in 2005. Before playing jockey Rosie Shanahan in 2012’s Luck, she first featured as Masha, a Tolstoian, in The Last Station.