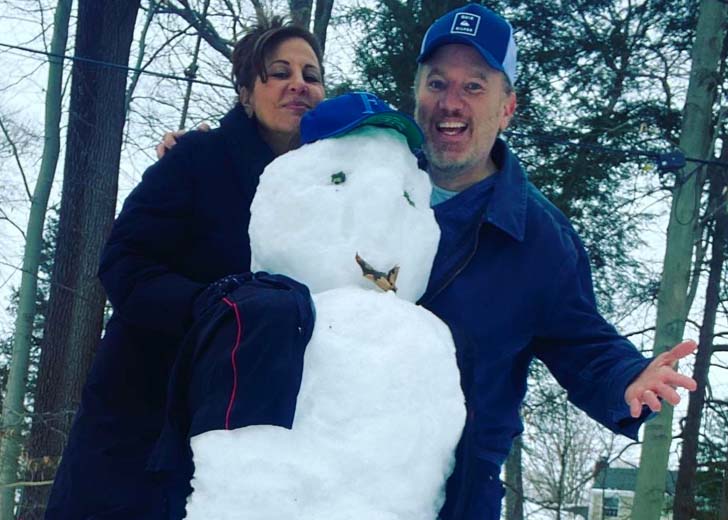 Kathy Najimy is an active supporter of abortion rights.

Kathy Ann Najimy is a well-known actress, writer, comedian, and activist from the United States who works as a voice actor.

Najimy is known for her roles in the films Soapdish, Sister Act, The Wedding Planner, Hope Floats, and Rat Race, as well as on the NBC sitcom Veronica’s Closet and on the animated television series King of the Hill.

Najimy was famous for her role in the 1993 hit movie Hocus Pocus and has been back in the sequel. As Hocus Pocus 2 has recently been released on Disney+, the original and new actors are resurfacing in the media.

Najimy is no different. Fans want to know more about the star of a famous movie of the 90s. So here is what you need to know about her personal life, relationship, and more.

Kathy Najimy is married to actor and singer Dan Finnerty

In August 1998, Najimy quietly married Dan Finnerty, as the newspaper mentioned on Newspapers.com. Samia Najimy, a musician, is Najimy and Finnerty’s only child.

Najimy keeps her personal life private and avoids discussing it with the public. As a result, little information about her wedding has been released.

The lovely couple has been together for around 22 years. Gloria Steinem publicized the fact that they had exchanged vows. After decades of marriage, the actress is seen on Instagram posting old photos of the couple, reminiscing.

Regarding Kathy’s sweetheart, Dan works in the same industry as Kathy and is well-known for his comedian, actor, and singer work.

Individually, the charming couple develops a multi-hyphenate personality. The New York native made his television debut as Stomp on The Tonight Show, Starring Jay Leno.

The comedian has also made a reputation for himself as a singer. Kathy’s husband founded the musical group The Dan Band. Finnerty’s ensemble has so far published three albums.

He appeared on several shows, including The Late Late Show and Last Call, Jimmy Kimmel Live!, with Carson Daly. Finnerty was also featured in the house band on the Ellen DeGeneres Show.

The actress is quite concerned about her health. She discussed her weight reduction journey, claiming to have dropped 50 pounds in 2012. She also made the headlines in 2012 for this reason.

She said that the reason behind her weight loss success was Zumba and that she had tried many things like the watermelon diet and soup fasts and even considered surgery. But when she came across Zumba, she knew it was the perfect match for her.

Najimy even delivered an honest speech to a gathering of over 7,000 people at the 2012 Zumba Instructor Convention.

“Who would have ever thought I’d be the face or the body or the person who would advocate any kind of fitness?” she said with a laugh as she was honored with the Zumba Fitness Ambassador Award.

“I looked for a workout I could do on a regular basis and not dread,” she said. “I want to dance and laugh and have fun. And I literally got to dance my ass off!” she shared with Spry Living.

The actress mentioned that Zumba didn’t just help her physically but mentally. She is also an activist on Pro-choice and supports abortion rights.