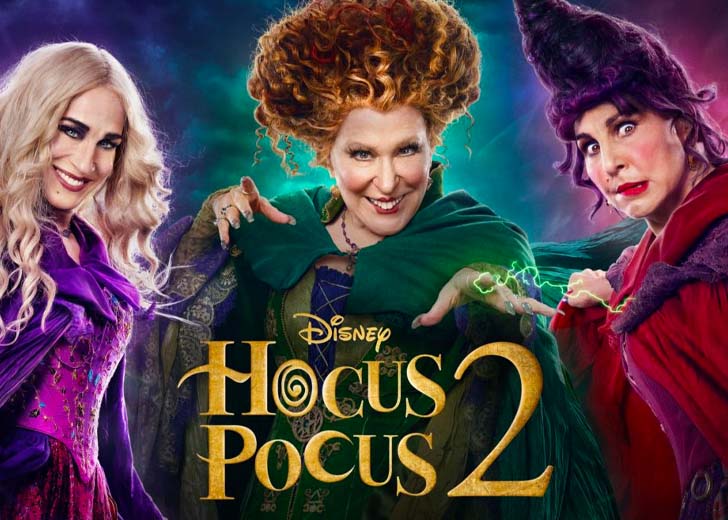 Thora Birch was occupied by other works while Hocus Pocus 2 was being made.

Hocus Pocus 2 finally appeared on Disney+ after 29 years of anticipation, with lots of original cast members reappearing on the show.

The sequel does not include the original cast members who played Max Dennison, Dani Dennison, and Allison. The trio is referenced in Hocus Pocus 2, but the actual actors never appeared.

According to the actors of the Disney sequel, actress Thora Birch nearly starred as a school teacher in the sequel film.

Birch played the youngest of three children who strive and succeed in stopping a coven of newly-resurrected witches known as the Sanderson sisters from taking over their town of Salem.

Birch was one of the original film’s stars who didn’t participate in the sequel, which debuted on Disney+ last week.

Belissa Escobedo, who appeared in Hocus Pocus 2,” said in a new interview with Entertainment Weekly that Birch was almost cast as a schoolteacher in the sequel.

“We almost had Thora Birch,” Escobedo said. “I remember talking to Anne Fletcher [the director] about it being a thing where she was our teacher, and we went to her for help.”

According to Escobedo, Gilbert, a new character who owns a magic shop in the Sanderson sisters’ old house, wasn’t in the original screenplay. Escobedo’s co-star Lilia Buckingham said Birch would have performed the mentor role instead.

Birch recently spoke with Entertainment Tonight about why she couldn’t feature in the sequel.

“I was really a bit disappointed I wasn’t able to make it,” Birch said. “There were three options we had for how to bring Dani back, all of which I was excited by,”

“By the time they got around to filming, I was already on something else.”

Earlier in the year, the actresss explained to the outlet that if she hadn’t had a scheduling conflict, she was “definitely going to be there on set with the girls.”

Despite not participating in the sequel, she is looking forward to the 30th anniversary of the first picture. “I’m still reeling from Hocus Pocus’ 20th anniversary. “I’m sure this one will be much more special,” the actress said jokingly.

Birch had a successful cinematic acting career as a child in the 1990s, starring in Hocus Pocus and co-starring with Harrison Ford in Patriot Games and A Clear and Present Danger.

She appeared to be on track for a successful adult career in films reviewers adored, such as 1999 Best Picture winner American Beauty and 2001’s Ghost World. Then, seemingly out of nowhere, she vanished.

While Birch has continued to perform consistently since her peak, the projects have taken a back seat due to various issues.

She earned a SAG Award and other critics’ accolades for her performance as Jane Burnham in American Beauty. Her filmography took a detour with the box office flop Dungeons & Dragons.

However, she managed to bounce back and find the perfect part for her as Enid in 2001’s Ghost World. Based on Daniel Clowes’ graphic novel, the film helped establish Scarlett Johansson’s career and was a box office success.

6 Important Information You Need to Know to Incorporate a Business

Is Cursed Season 2 Cancelled? Everything We Know So Far