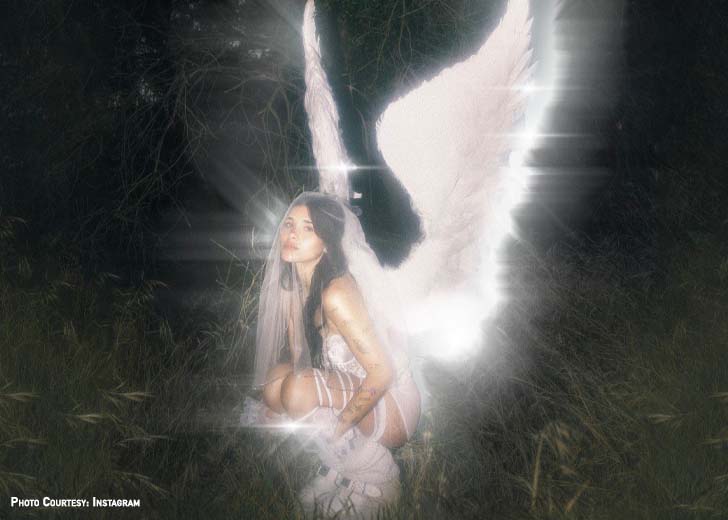 Congrats to Nessa Barrett on the release of her debut album!

Many TikTokers have diverted their career from being an influencer on the platform to singing. Nessa Barrett is one of them.

She rose to rose to prominence on the video-sharing app in 2019. However, in 2020, she dipped her toes in the music industry.

Barrett’s music career began in mid-2020 with her debut single ‘Pain,’ and her debut EP Pretty Poison was released in September 2021.

Her song ‘I Hope Ur Miserable Until Ur Dead’ debuted at number 88 on the US Billboard Hot 100 in August 2021, becoming her first entry on the chart.

She recently released her debut album, and the fans cannot get enough of it. Warner Records released Barrett’s debut album Young Forever, with 13 songs, on October 14, 2022.

This is a huge milestone for her, and she is blessed and emotional about it.

Nessa Barrett and her debut album

Before the release of her debut album, Barrett released one of the songs from it, ‘madhouse.’ She started promoting the song in early September, and soon after, she announced her album.

On September 8, she posted a picture of herself wearing a white outfit with massive wings. Via the caption, she wrote, “young forever. my debut album.”

She announced that the album would be released on October 14, 2022. Then, she gushed about ‘madhouse’ and what the album meant to her.

She wrote, “i can’t even begin to express what this body of work means to me. my heart & my soul. been waiting for the time to finally share & it’s coming so soon.”

Ten days before the release of her debut album, Barrett announced that she would be live performing her songs in Los Angeles on October 25, 2022. Finally, on October 14, 2022, she released the album.

She took to Instagram to share her work with her fans and followers and confessed how “insanely blessed and emotional” she was. She explained her debut album and songs, saying it was her diary.

i just want to say how deeply thankful i am for all of u. u have given me the courage and strength to stay motivated the last 15 months while making this album. i honestly didn’t think i’d be able to finish this album or make it to the release but i did thanks to u. so much love

Barrett thanked her fans and followers for supporting her throughout the whole journey. She wrote, “thank u for letting me be vulnerable. ive dreamt about this moment since i was 5 and i never thought i could make it. i owe it all to u for giving me a voice. may u all be young forever.”

She then took to Twitter to thank her fans once again. She revealed that she had been working on the album for the last 15 months, and her fans gave her the “courage and strength to stay motivated.”

The singer confessed that she did not think she could make it, but in the end, she worked hard and made it till the end. Till now, her debut album has been met with appreciation not only by her fans but also by her friends.

For instance, her best friend, Sabrina Quesada (@sabquesada on Instagram), shared a picture with Barrett and showed her support.

She wrote, “my talented best friend just dropped a beautiful masterpiece, go stream young forever and scream it at the top of your lungs.” All in all, Barrett has fans and friends who wholeheartedly support her singing career.

6 Important Information You Need to Know to Incorporate a Business

What Happened to Tyra Sanchez? The Drag Race Drama Explained