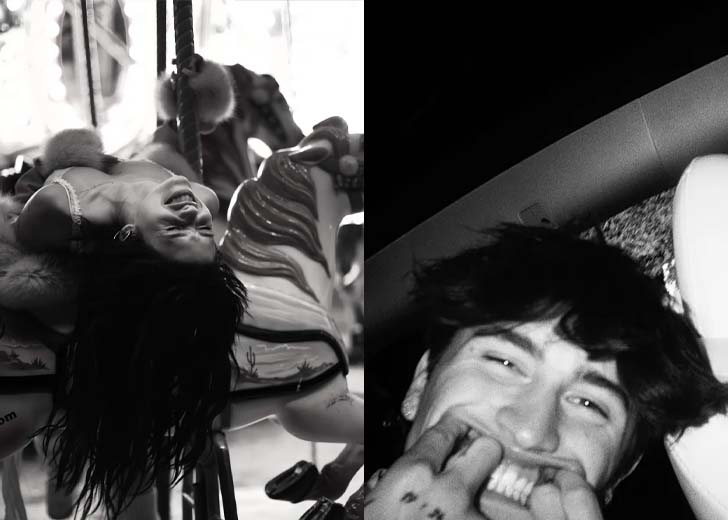 See what Nessa had to say!

Nessa Barrett has released the first song from her upcoming album Die First. And it’s dedicated to her late best friend, Cooper Noriega.

On Thursday, June 23, 2022, the TikTok star took to her Instagram handle to share two pictures: the first was a painting of a peace dove and the second one was of her wearing a white dress as she held a white dove on her hands.

In the caption, she first mentioned that her song ‘Die First’ and its music video will be released tomorrow. As she went on, she wrote that the song means more to her than anyone could comprehend.

Barrett explained what she meant, “Coop [Cooper] said this was his favorite song off the album and I’m so happy I got to tell him that this song was for him and my mom before he passed. I miss u more than ever my little dove.”

In the end, she stated that she could not believe this was her first song/album release without Noriega. “This is ur song cooper. I feel u with me every time I listen,” she concluded her caption.

Nessa Barrett holding a dove as she remembers her late best friend Cooper Noriega before her album release (Photo: Instagram)

Around a day after she made the post, she posted a picture on her Instagram stories and dedicated it again to Noriega. She wrote, “Forever looking up at the sky searching for u. My biggest fan. U were with me through every step of my album.”

Barrett then said she didn’t want to do this without him, but now, she is doing this for him. “Fly high my little dove,” she added.

And a little over six hours from this writing, Barrett’s first song from her upcoming album was released on multiple platforms, including Spotify and YouTube. On her YouTube video’s description, she had written, “in loving memory of Cooper Noriega.”

Additionally, she had shared a small video on her Instagram handle with the caption, “for my angel,” referring to Noriega. Furthermore, on her Instagram story, she had posted an old picture with Noriega and mentioned him as her fire and safety.

Cooper Noriega, a TikTok star, was pronounced dead on June 9, 2022, after his body was found near the parking lot of Burbank, California. At the time, his cause of death was unknown.

When Barrett learned of the news, she was devastated, and it took her a couple of days to comprehend the news before finally paying tribute to her fallen angel.