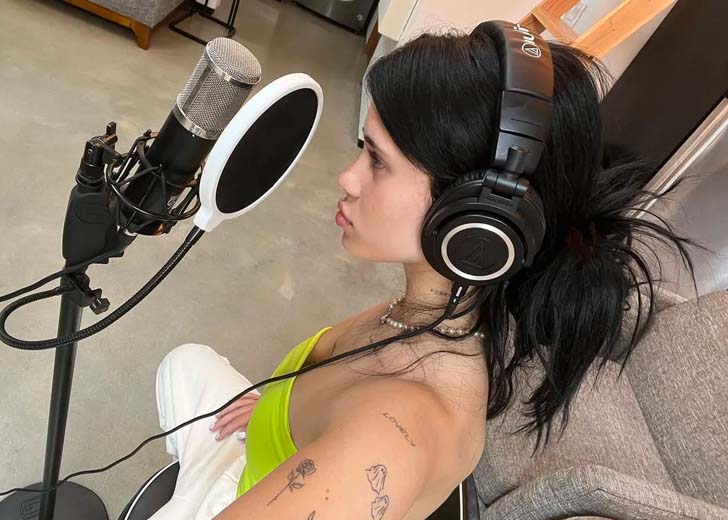 Nessa Barrett has finally completed her upcoming album Die First! Not only that, she has shared a teaser clip from it as well.

The musician and TikTok star took to her Instagram handle on Tuesday, June 7, 2022, to share a 13 seconds clip from her yet-to-be-released album.

The short clip showed Barrett walking toward Carousel Horse in a carnival-themed setting. The video was black and white and there was smoke all around. The clip ended with Barrett looking up to the sky.

Friends and fans were very much pleased to learn that the album is finally making its way as they poured their excitement into the comment section. One Instagram user wrote, “WE’VE ALL BEEN WAITING FOR THIS MOMENT.”

“The creative direction of this mv [music video] is amazing. I’m truly so excited for this one,” one of Barrett’s fan accounts commented.

Furthermore, several users were saying that they can’t wait to listen to the songs as well as watch the music videos. Some were also asking when will the album be released as there have been no updates on its release date.

Barrett had mentioned her new album was coming out a while ago. And it was only recently confirmed that she has finally completed her album.

On May 29, 2022, the TikTok star had taken to her Instagram handle to post a series of pictures of herself sitting on a chair with headphones on and a recording mic in front of her. In the caption, she wrote, “and just like that, albums finished.”

In her photo, Barrett had tagged music producer Evan Blair. Blair is a familiar name among Barrett’s fans as he had served as a producer on Barrett’s debut EP pretty poison – released on September 10, 2021.

As of now, Barrett is yet to reveal when her album, Die First, is scheduled for a release. Nonetheless, her fans can now pre-add or pre-save her album on Apple Music, Spotify, and Deezer by visiting the Link In Bio of Barrett’s official Instagram handle.