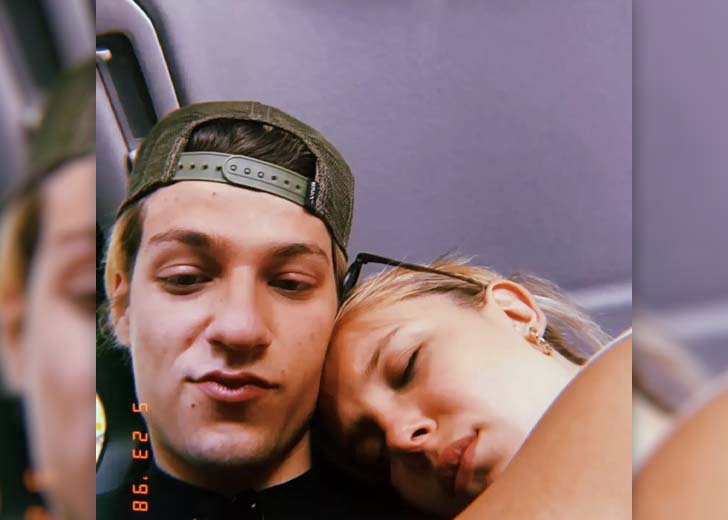 A look at the couple’s vacation in Spain.

Millie Bobby Brown is having a blast with her boyfriend, Jake Bongiovi.

Days ahead of the release of the latest installment of her Netflix show, Stranger Things, the English actress is having a couple-only time with her partner in Spain.

The Enola Holmes star posted five pictures, and it seems they were taken with some retro camera app. The first picture was of Bongiovi delivering a sweet kiss on his girlfriend’s chin as Brown wrapped her arms around her boyfriend and leaned backward.

The second one seems to be of the place where they were staying. Similarly, the third photo was of Brown putting her head towards Bongiovi’s shoulders as she appeared to take a nap. Finally, the fourth and fifth ones were of Bongiovi and Brown’s single picture, respectively.

In addition, she had posted a picture of her boyfriend via her Instagram story. In the photo, Bongiovi was shirtless as he stood in front of an ocean while holding his shirt over his hands. He was wearing red-colored shorts and black sunglasses.

As for the images Bongiovi shared, he posted three pictures, and the first one was of the couple standing near a boat’s port side. The second photo was a blurry one, but it could be seen that Brown was kissing her partner.

The last one was a single picture of Brown in a white backless dress as she stood in front of an ocean — it was taken at the same location at which Bongiovi’s shirtless photo was taken. In the caption, Bongiovi had written, “Alexa play Late Night Talking by Harry Styles.”

Brown and Bongiovi have been together for almost a year now. They seemingly started dating around mid-2021, but their togetherness was only confirmed in June 2021 after they were caught holding hands and taking a stroll in New York City.

On November 1, 2021, the Spain-born actress went public with her relationship with Bongiovi after sharing a picture via Instagram in which Bongiovi was kissing Brown’s cheeks at the London Eye Ferris Wheel. Since then, they have been together but maintained a low profile.