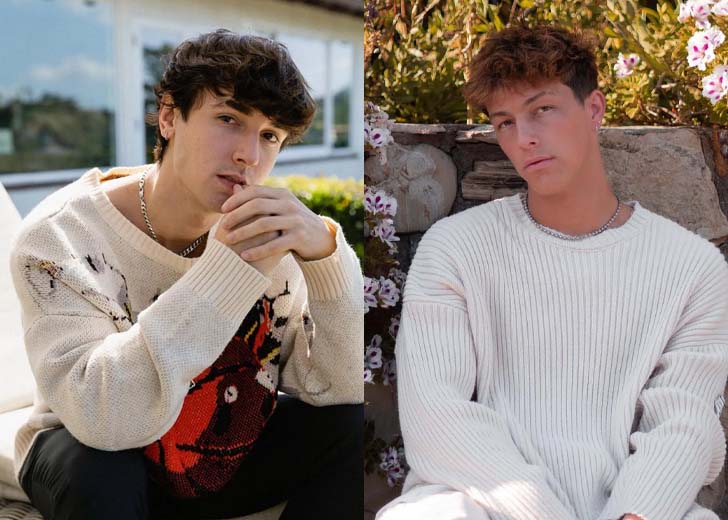 “It is just absolutely hilarious to me,” said Bryce Hall.

Bryce Hall has decided to respond to the comments about him from Tayler Holder.

On Wednesday, May 18, 2022, Holder told the co-hosts of the TMZ Verified Podcast that he didn’t know Hall. And now, the latter has come forward to say something about that.

On Saturday, May 21, Josh Richards and Bryce Hall sat down together on the latest episode of the former’s YouTube show called Tea Talk.

The video immediately opened up with Richards saying, “Tayler Holder doesn’t know who Bryce Hall is.” After that, they see the clip of Holder saying that phrase in his podcast interview with TMZ. “Well, that’s that,” Richards added after seeing the clip.

In reply, Hall mocked how Holder was talking in the podcast and funnily quoted a line that Holder told. Hall said, “Why did he say it like ‘I don’t even know who that is.'” “And then they are like, ‘Yeah, I feel that,'” Hall then mocked the co-hosts.

After doing some mockings, Hall said, “It is just absolutely hilarious to me that he [Holder] reaches out to all these, like, outlets to interview him to promote his, like, [expletive] auto-tuned music just for him to be asked about me. [expletive] you.”

The BFFs podcast co-host then mentioned that Hall already had a response to Holder’s comments. “You know that was my genuine response,” Hall added.

A video from Hall’s TikTok handle was shown afterward in which a female was explaining what Holder had said on the TMZ Verified Podcast. But there was a change — Hall edited himself at the end of the women’s video and said, “Oh no” only.

“Do you think you guys are ever going to be friends?” Richards asked Hall, to which the latter said, “Dude, I’m hoping. Right?” Hall then clarified that the response was sarcasm.

The two were later joined by their friend Anthony Reeves, and they started to talk about other things related to TikTok stars, such as Richards meeting his ex-girlfriend Nessa Barrett, Mads Lewis allegedly dating her gym trainer Kevin Mejia, and Thomas Petrou getting in a fight with a grown couple.

Going back to the main topic, Holder’s comments about not knowing Hall came during his exclusive conversation with the TMZ Verified Podcast co-hosts.

As for what happened between Hall and Holder, the two were best friends before everything went downhill in early February 2022. Several close friends, including Hall, influencers, and thousands of followers, started to unfollow Holder.

There were rumors that all of that was a result of sexual allegations against Holder. However, none of those things have been proven yet, and Holder has denied the sexual assault rumors multiple times, including in the said TMZ Verified Podcast.

Despite his denial, it seems like the nail is already in the coffin of Hall and Holder’s friendship which is now gone. It’s still unsure what led the two friends to end up on bad terms.

Tayler Holder during his time in Los Angeles (Photo: Instagram)

But, in his Q&A video of February 7, 2022, on YouTube, Hall gave some insight. He referred to the cease and desist letter that Holder had sent over to him and other people and said, “I don’t know how much I’m allowed to say before legal action is taken, I don’t know.”

In the end, he added that he hadn’t talked to Holder since he got into a fight with him and that they weren’t as close as it looks on the internet. And with everything that is going on with Holder, Hall just “1000% don’t want to associate” with all that.