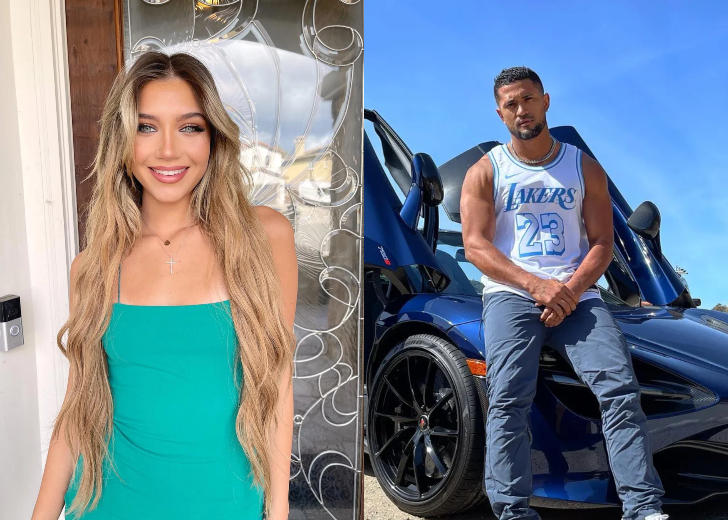 Does the TikTok star have a new boyfriend?

Mads Lewis seems to have found a new love interest!

The popular TikTok star is allegedly in a relationship with her gym trainer named Kevin Mejia. The talks about their togetherness started after Lewis and Mejia, alongside a few of their friends, visited Disneyland around May 16, 2022.

For instance, there was one picture that only showed the legs and shoes of Lewis and Mejia. In another one, Mejia was seen taking photographs of Lewis as she posed alongside one of Disneyland’s mascots.

Additionally, there was one gif-style short clip in which Lewis was very close to Mejia’s body and was seen holding his body as she leaned backward towards her two friends, took her tongue out, and posed for pictures. Mejia’s tongue was also out as he posed by showing a peace sign.

Similarly, another picture showed Lewis wrapping one arm around her alleged new boyfriend’s neck as the two stood on a roadway.

Last but not least was a picture of Lewis and Mejia walking side by side as they held each other’s hands. And this one certainly assured many that the alleged couple was indeed a thing.

Some snaps of Lewis and Mejia were also posted by the Instagram handle of The original Tiktokroom with the caption, “#Madslewis and her apparently new bae.” The post received some positive comments, but there were more negative comments.

One user wrote, “If she’s happy, I’m happy for her.” Moments later, another one chimed in and said, “They cute ig, but hopefully, he doesn’t do her wrong.”

The negative comments came from the users who did their digging on Mejia and found out that he is way older than Lewis. Many are saying that he is around 29 or 30 years of age, making him 10 or 11 years older than the TikTok star — she is only 19 now.

One user wrote, “She can do better than her 30yr old trainer who also witnessed her last two relationships.”

“Yall don’t realize this man is 29 and she only 19; this ain’t something to be praised over,” another commented, to which one user replied, “Agree. Mads has a problem with choosing her man. She should learn from her past mistakes.”

Furthermore, one Instagram user had written a separate lengthy post concerning the age difference between the alleged couple. In that post’s comment section, one user mentioned that Lewis had blocked the original post creator.

Another fan claimed the same happened with them. They wrote, “She also blocked me for not supporting her relationship with that old man but nothing new, the same as she did with other fans when she was with” her ex-boyfriend Jaden Hossler.

As of now, it’s not confirmed whether Lewis and Mejia are actually dating or not, despite many claiming they are. Lewis was with Mejia on Tuesday, May 17, as he shared clips of her working out via his Instagram stories.