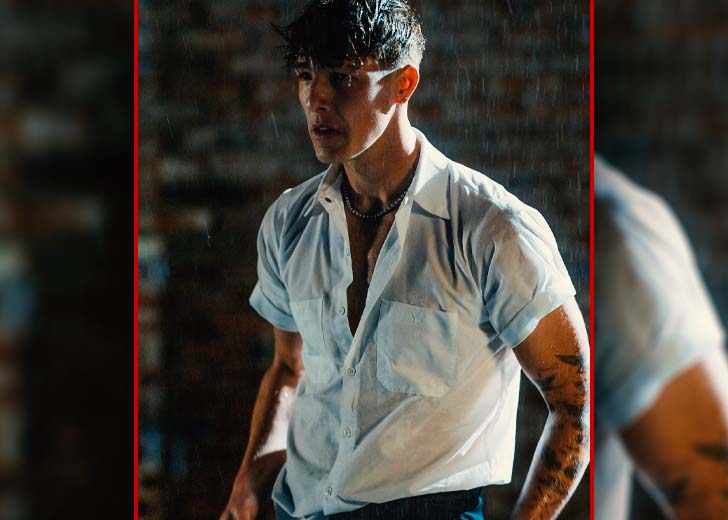 Tayler Holder has been unfollowed by many, especially his friends, on Instagram.

But why? Although nothing has been confirmed as to what’s the main reason behind this massive “unfollow” stint, it’s reported that Holder has been accused of sexual misconduct.

And the name doesn’t stop there as it goes on and on. The other names are Indiana Massara, Rafy Evans, Emma Brooks, and Johnny Guazz. It’s reported that Massara even deleted the podcast she did with Holder.

Additionally, as per The original Tiktokroom’s Instagram handle, Holder’s best friend, Nate Wyatt, also has unfollowed Holder and deleted most of the posts alongside him. The same source had also posted a picture that was sent to them from another Instagram user.

The picture was a screenshot of an Instagram story that reportedly was posted by the Mian twins and Nate Wyatt, using Instagram’s close friends mode. The text on the picture read, “Someone is about to get everything they deserve, and we are all here for it.”

The last sentence was in all capital letters as it read, “KARMA IS COMING FOR YOU.”

Additionally, a close friend of the influencers, Juliano N. Hodges, had written some texts and added them to his Instagram story. The story — directly targeted towards Holder — read, “Some actions are unforgivable, and you have been getting away with these sinister acts since the day I met you….”

“There is not a person that knows you that doesn’t have a negative story to tell. And I have countless. It’s about time the world sees how ugly your heart is. Why do you think all of your “friends” unfollowed you?,” the text story ends.

Right after that, he posted another story and wrote, “To all unnamed, you have my love and support.”

Similarly, Instagram star Sean Kennedy took to his Instagram story to make it clear to those who were asking about the situation to him. He said that none of this is a PR stunt to gain attention, and this is a very serious situation.

“So please, for everyone’s privacy, stop messaging me,” he further added. In other stories, he made another thing clear that he is not following Holder on Instagram, and due to some glitch, it shows that he is following him.

Tayler Holder speaks on the situation

In the wake of this hot “unfollow” topic, Holder did an exclusive interview with the BFF podcast team. As per the podcast team, Holder’s PR team contacted them so that he could talk and clear things up.

In the podcast interview, the host asked the TikTok star what was going on and why’s several internet influencers and his friends unfollowed him. To those questions, Holder replied by saying, “You know at the end of the day, there is everyone saying everything.”

He continues, “There is a lot of assumptions, there’s a lot of gossips. It’s all everyone’s opinion, it’s all he said she said stuff, you know, but at the end of the day there is the truth to everything.”

In the end, Holder said that he has great people around him – referencing his PR team – and that he and the team will continue to handle this topic offline.

After hearing that response from Holder about handling things offline, the hosts of the podcast got confused and repeated to Holder that his PR team reached out to them for the interview so that he could clear some things.

As the interview goes on, the hosts also asked Holder regarding the sexual misconduct allegations against him. However, the TikTok star continued to give a different answer which is not entirely related to the questions asked and repeated that things would be handled offline.

In one instance, he mentioned, “I think everything should be offline. What is up with this like stuff going to the internet about everything right. If something was that serious that anyone is a like you guys are saying”

Due to Holder’s confusing response, some influencers again took to their Instagram handle to show their disappointment. Hodges put up another Instagram story and wrote, “Literally…Wtf was that? Tell me that wasn’t SUS.”

No one has clearly addressed the whole topic as of this writing. Similarly, though nothing is sure, there are reports of sexual misconduct allegations against Holder – a topic that’s also yet to be discussed clearly.