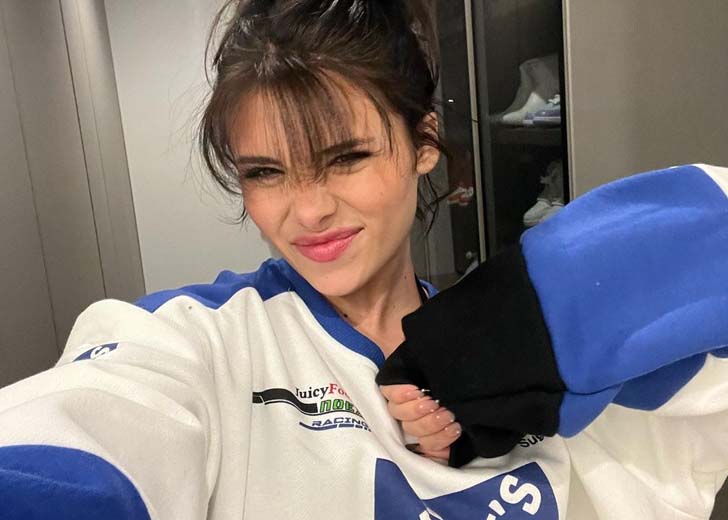 See what Nessa Barrett has to say!

The news of Nessa Barrett and her boyfriend Jaden Hossler unfollowing each other on Instagram might already be known to many.

And while Hossler has followed back his girlfriend after addressing it via his Instagram stories, Barrett is yet to re-follow her partner on the photo-sharing platform.

Speaking of what Hossler said while addressing the topic, he wrote, “Just so everyone is clear, I didn’t unfollow anyone. I definitely don’t handle things online. Life isn’t what it seems. Sad to see things roll out like they are but I don’t want this.”

Now, Barrett has finally said something about the whole thing. On Friday, April 29, 2022, the TikTok star took to her Instagram stories to share a picture that only showed her hands covering her face.

Over the picture, she had written that she doesn’t do PR stunts, and she generally doesn’t care much to do something like this. As she went on, she mentioned that even if one person listened to her album, she would be happy — and that album isn’t even coming out for months.

Her words were, “Y’all pls I don’t do pr stunts. I genuinely don’t care enough to do something like that. I promise u literally one person can listen to my album and I’d b happy. It’s not coming out for months either.”

Barrett’s statement comes after several people accused the singer-songwriter of pulling a PR stunt for her upcoming album by unfollowing her boyfriend, Hossler, and creating a huge drama over the internet.

And though she addressed the “PR stunt” topic over an Instagram story, the story didn’t remain live for more than 15 minutes as Barrett has already taken it down. But, TikTok Insiders were quick to take a screenshot of it and share it via their Instagram handle.

When they posted the screenshot, several Instagram users and people who were invested in the topic were quick to reach down to the comment section and express their views.

One user seemed confused with different things going around as they wrote, “I’m so confused on what’s going on rn.” “This drama is something else,” they added another comment with two crying emojis attached.

“Both her and Jaden deserves so much better they had so many ppl against them when they truly love each other,” another commented.

Additionally, one fan seemed disappointed to learn that Barrett will release her next album only after some more months. They wrote, “EE ER EE ER.. MONTHS?????? MONTHS…… NOOOOOOOOOOOO.”

Furthermore, one user decided to explain the situation to others by writing, “If y’all are confused she’s saying this bc people are accusing her and Jaden of breaking up as a PR stunt to promote her album.”

Coming back to the main topic, Hossler and Barrett unfollowing each other on Instagram sparked breakup rumors. Several more discoveries followed, including Hossler allegedly signing an autograph on a fan girl’s chest — leading to a cheating allegation.

Similarly, Barrett now saying she didn’t unfollow Hossler on Instagram for a PR stunt has left many wondering the actual reason behind their action. For now, it’s not confirmed that Barrett and Hossler have officially parted ways.

The two first sparked romance rumors around February 2021 after they released their song titled ‘la di die.’ At the time, they were in their respective former relationships – Barrett with Josh Richards and Hossler with Mads Lewis.

When Hossler and Barrett got out of those former relationships a couple of months later, they officially started dating. Their relationship was confirmed by Hossler during their joint radio interview with Audacy host Kevan Kenney.

As their togetherness went on, everything seemed perfect between the two. Besides, the couple had even moved in together in January 2022. And now, they have sparked breakup rumors.