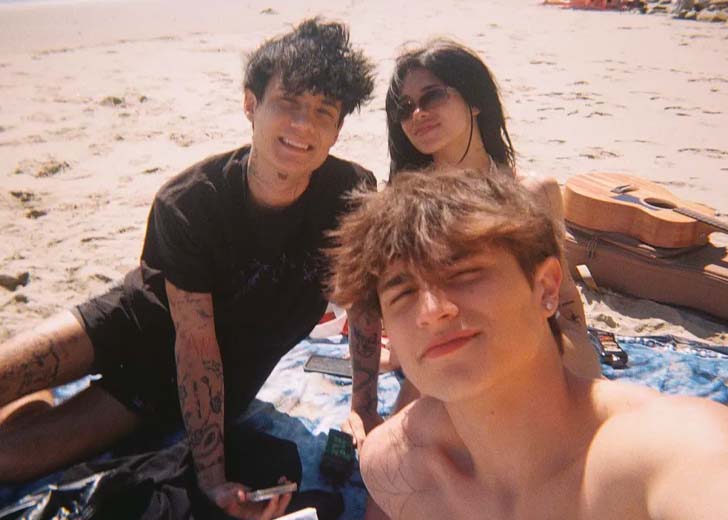 The whole TikTok community is currently mourning the death of Cooper Noriega.

Noriega, age 19, was pronounced dead after being found in the parking lot of Burbank, California, on Thursday evening; June 9, 2022.

On the next day, a Los Angeles Medical Examiner-Coroner spokesperson told People Magazine that Noriega’s cause of death has been deferred. Explaining what it meant, they said;

“It means that after an autopsy, a cause of death has not been determined and the medical examiner is requesting more investigation. Once the tests/studies come back, the doctor evaluates the case again and makes the cause of death determination.”

BFFs Podcast was the first to announce the news on social media. “Devastating news. RIP Cooper Noriega. Life is fragile. Enjoy every minute,” they wrote on Twitter. And when the news was confirmed, friends and followers have been pouring very heartfelt tributes.

Jaden Hossler, Travis Barker, Cynthia Parker, Morgan Cohen, and many more internet personalities have given tributes. And the same has been done by Noriega’s ex-girlfriend, Sabrina Quesada — the couple had only parted ways on April 21, 2022.

Now, Nessa Barrett has finally stepped forward to give tribute to the late TikTok star whom she regarded as “my angel.” Barrett initially was speechless when she learned the news about Noriega’s death. She took to her Instagram story and wrote this;

“I’m too heartbroken to talk about the situation rn but please enjoy every second with your loved ones. Nobody knows what’s gonna happen the next minute, life is unfair. I am asking all of you to please not ask cooper’s family and friends about what happened.”

“They must be super broken right now, they only need some support and PRIVACY,” she added and then asked her friends and followers to send a message to their loved ones and tell them “how much you love them.”

Around a day after posting that, on Saturday, June 11, Barrett took to her Instagram handle to share a very heartfelt tribute to her fallen angel. She posted multiple pictures, one clip, and one screenshot of her text with Noriega.

In the caption, she first wrote, “I’ve spent the past two days trying to comprehend how this could be real. There’s simply no way of processing the loss of ur best friend. I’ve been trying to understand how life could possibly still have meaning with u gone.”

“A part of me died with u. But what’s left of me is going to live for u. I’ll spend the rest of my life finishing everything we’ve ever dreamed of. I want to make u proud. U had the biggest heart I’ve ever encountered on this earth. A heart way too big for u to even carry.”

She continued, “for so long it was u and me just simply keeping each other alive. our bond was like no other. no one understood me the way u did. u saved me. u saved so many people. it broke my heart knowing how much pain u carried when u were such a light to this world.”

“I’ve always been so amazed by ur strength and how u carried urself. even in ur darkest times, u were nothing but the kindest and most caring human being. u were heaven-sent cooper. I’m convinced god sends angels to walk this earth to help heal people and u were one of them.”

As Barrett concluded her heart-wrenching tribute, she mentioned that Noriega was always her guardian angel and she is living every day for him. “It’s all for u. I can’t wait to see u again my sweet boy. My best friend forever, Rest in peace. 444.”

In the screenshot of her text message to Noriega, she had sent, “I love u, Cooper. I don’t deserve you. Thank you.” In reply, Noriega had written, “u do deserve me. God literally has his reasonings.”

Barrett has also shared multiple screenshots of the messages she sent to Noriega after his passing — which clearly showed how much Noriega meant to her and how much heartbroken she is at the moment.

Furthermore, she had posted a couple of screenshots of the text messages that Noriega had sent to her, in which the late TikTok star showed his care and affection towards Barrett as a best friend.

All of this shows that Barrett and Noriega were very close, and Noriega’s death has been mourned by Barrett and the whole TikTok community. Once again, Rest in Peace Cooper!