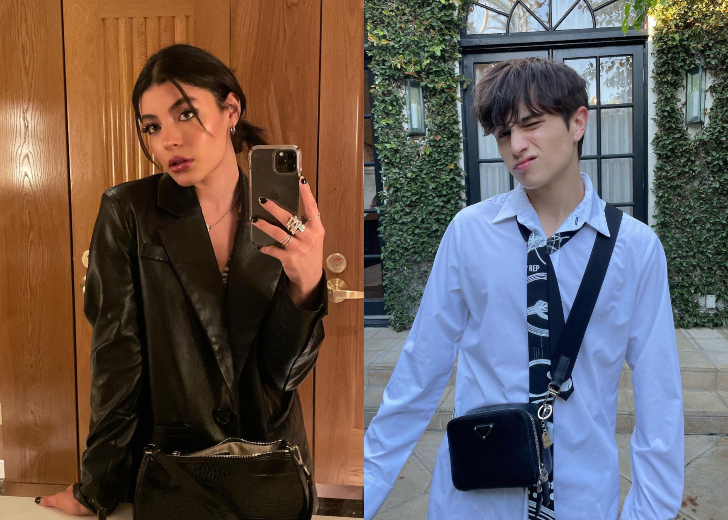 Sabrina Quesada and Cooper Noriega are no longer together.

On Thursday, April 21, 2022, the TikTok/YouTube star announced her break up from now-former boyfriend, Cooper Noriega.

Quesada, known among her fans as sabquesada, took to her Instagram stories to share a short statement to announce the news.

She went straight to the point and wrote, “Hi guys, me and cooper are no longer together and would love some privacy during this time.”

After that, she mentioned that neither of them did anything wrote that led to the end of their relationship and asked her followers not to make any baseless assumptions or speculations.

“Neither of us did anything so please don’t make any assumptions. It was a mutual decision, we’re just young and sometimes things just don’t work out the way you want them to.”

In the end, Quesada stated that she would always love Noriega and that he would always be her best friend. “Thank you guys for everything,” she concluded.

As for Noriega, he is yet to comment or release a statement on his split from his girlfriend. The now-split couple recently enjoyed a lovely moment with their friends, including Anna Shumate, at Coachella 2022.

Besides, on April 18, 2022, Quesada had even shared multiple snaps via Instagram from her time at Coachella, and in one picture, she was seen sharing a kiss with Noriega.

As of this writing, the reason behind their split remains unknown. It has only been mentioned that it was a mutual decision, and there were no hard feelings between the two.

After Quesada announced the shocking news, her statement was shared by the Instagram handle of TikTok Insiders, where several fans poured their view on the TikTok star’s breakup with her boyfriend.

One fan didn’t believe the news as they wrote, “I thought they would make it man.”

“I’ve seen so many couples (aside from just influencers) splitting up right now. I hope these two and anyone else going through a breakup right now is doing alright,” another wrote.

Similarly, one fan had commented this on Noriega’s most recent Instagram post, “Wishing you and sab nothing but the best in both your future endeavors we all love you both so much always remember that.”

Quesada and Noriega were together for more than a year before parting ways. The two officially started dating on October 21, 2020. Since making their relationship official, they often used to share cute snaps alongside each other.

On October 21, 2021, Quesada shared multiple pictures alongside Noriega to mark the special occasion of their first dating anniversary. Many hoped that the duo would be together, but sadly, that might not happen now.