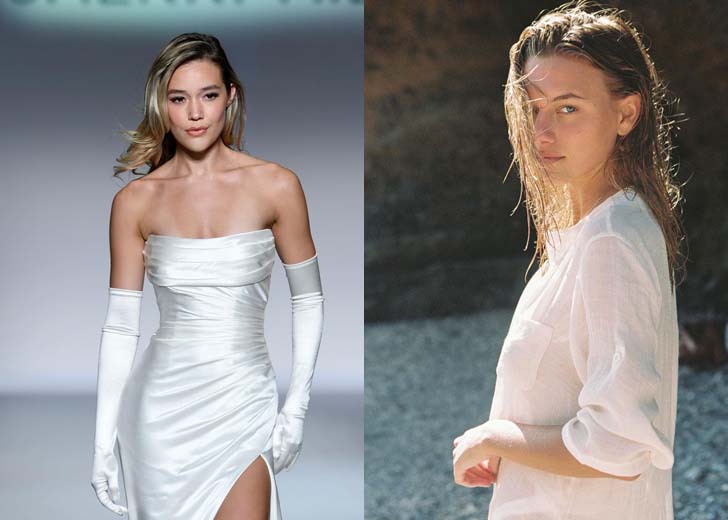 Coachella seems to be the place for celebrities to hang out, have fun, and share some kisses as well.

Ponton, an American model, was caught having a steaming kiss with TikTok star Ella Kernkamp at Coachella 2022.

On Thursday, April 21, 2022, a photographer named Noah — Instagram handle @noah_35mm_baby — posted a series of pictures from the music and arts festival. The post was captioned, “Coachella continued….”

One of the images he shared was of Ponton having a kiss with Kernkamp — both of them were tagged in the picture as well. However, shortly after the post was made, the one image of Ponton and Kernkamp was deleted.

Nonetheless, some Instagram users were quick to take a screenshot of the photo before it was deleted, and the Instagram handle of TikTok Insiders later shared it. And people had a lot to say in the comment section.

And most of those comments were related to Ponton and her girlfriend Kaila Novak, aka Kai. One Instagram user wrote, “I thought she was with Kai? What the hell happened?? They literally just got back together I thought.”

“If Olivia is happier and better off without Kai, then good for her,” another wrote.

Similarly, one user pointed out that Ponton and Kai had parted ways “a little while ago, so she’s single.” “Let her be,” they added. Another chimed in the same comment and wrote, “A little means 1 month ago. Lucky her.”

Furthermore, some also said that Kai had reposted the TikTok Insider’s post on her Instagram story – which seems to be deleted now. One wrote, “Kai reposted this on her story even I’m lost.”

“Not Kai reposting this 💀💀,” another commented.

Coming back to Ponton and Kernkamp, there is no news of them officially dating yet. Neither of them has said anything about it and kept everything under the wraps.

Did Olivia Ponton and Kai break up?

Ponton and Kai officially started dating on February 25, 2021, and have been together since. However, they had kept their togetherness low-key in the initial days.

The model announced her sexuality and her relationship during her interview with Teen Vogue in June 2021. In that relationship, she revealed that she is bisexual, and her girlfriend’s name is Kaila Novak.

“I met my girlfriend on TikTok and became thoroughly obsessed with her. She curved me for a week before first answering!” she said to Teen Vogue per Sportskeeda.

Later, in late 2021, there were rumors that Ponton and Kai had broken up — and those rumors are said to be true. Similarly, there were cheating rumors going around early 2022. Besides, Ponton was also linked with Josh Richards at the time.

Nonetheless, those split and cheating speculations got sidelined once Kai posted several pictures alongside Ponton on the occasion of their first dating anniversary. “proud of our love ~ 365,” she captioned her post.

However, with Ponton’s kissing picture with Kernkamp going around, the breakup rumors are back again. Some commenters on the TikTok Insiders post have mentioned that the couple broke up a few months ago, in March 2022.

Similarly, some fans were left confused as Kai shared the kissing picture on her Instagram stories and hasn’t deleted the images she shared on their first dating anniversary.

Despite these fan comments, nothing more has been told. Furthermore, Ponton and Kai haven’t officially confirmed their split yet. And until that happens, nothing can be said.