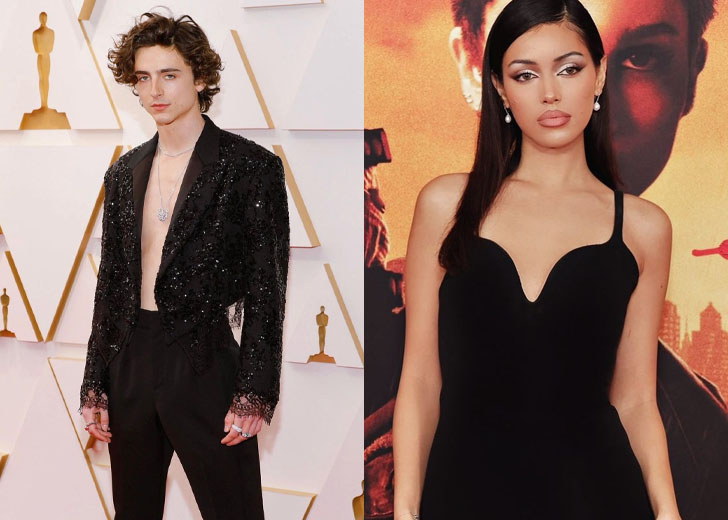 How true are all these rumors?

Timothée Chalamet has been a hot topic of discussion after the first weekend of Coachella 2022.

The Dune actor is rumored to be dating Cindy Kimberly, a renowned model from the Netherlands with over 6.9 million followers on Instagram.

The rumors were initiated after a video of the two went viral on Tuesday, April 19, 2022. In the video captured at Coachella, Chalamet could be seen sharing the dance floor with Kimberly.

However, as said earlier, it couldn’t be confirmed that the two kissing people are exactly Chalamet and Kimberly. Additionally, neither of them has said anything about the video, as well as their dating rumors.

Amid all the light, music, and people, some keen fans were there to notice the two people having a moment that many considered to be Chalamet and Kimberly.

But, since the video came out, fans on Twitter couldn’t help themselves but ship the couple. One Twitter user wrote, “The streets are saying Timothée and Cindy are dating??? No, because if it’s true, I’m so happy for them.”

“I just found out that Timothée and Cindy are apparently dating and I suddenly can’t breathe anymore,” another user added.

Similarly, one user wrote, “if Timothee and Cindy are FR dating, I’m going to scream… dream crossover my parents.”

As for the rumors, nothing could be said without any official confirmation. Until then, fans of the two stars will have to wait.

Before the talks of Chalamet allegedly kissing Kimberly came out, there were also several talks of the American actor kissing and dancing with Nigerian model and influencer Sarah Talabi.

The talks of their kissing and dancing started after one witness said, “Timothee Chalamet was dancing with and kissing Victoria’s Secret model Sarah Talabi at Coachella,” to the gossip site Deuxmoi.

On the other hand, another eyewitness told Deuxmoi that the actor was seen with a few models, such as Chantel Jeffries and Cindy Wolf. Similarly, one pointed out that Chalamet was in the VIP section of Neon Carnival alongside Tobey Maguire, Leonardo DiCaprio, and Jared Leto.

But, unlike the case with Kimberly, Talabi has actually addressed the topic — while being super smart. In an exclusive talk with Page Six on April 19, 2022, the model first accepted that she was at the Coachella 2022.

She said, “I was at Coachella this weekend, as well as the Revolve Festival, and a few other private parties. That was me in the photos; my twin sister, Leah Talabi, was there, too. We were all just hanging out and vibing with the music. It was the greatest night of my life.”

Following that, she also confirmed that she was the same woman seen alongside Chalamet in the viral pictures and clips. However, when the time came to address her kissing Chalamet, she decided to play coy.

Talabi said, “Everyone is asking me if I was kissing Timothée Chalamet at Coachella, and that is a good question. But a great question would be asking our world leaders why the Earth is now losing 1.2 trillion tons of ice each year due to global warming….”

“…and why climate crisis reform has been completely ineffective.” “I encourage you to contact your local representatives and ask them that,” she further added.

Despite neither confirming nor denying the kissing rumors, the influencer had shared a few clips from her time at Coachella via her Instagram stories. “Had the best time with the best group of people,” she wrote while tagging a few people, including Chalamet.

Posted on November 10, 2022November 10, 2022
According to Nikita Dragun's representative, she was kept in a male-only unit while at the Miami-based Turner Guilford Knight Correctional Center.
Read More