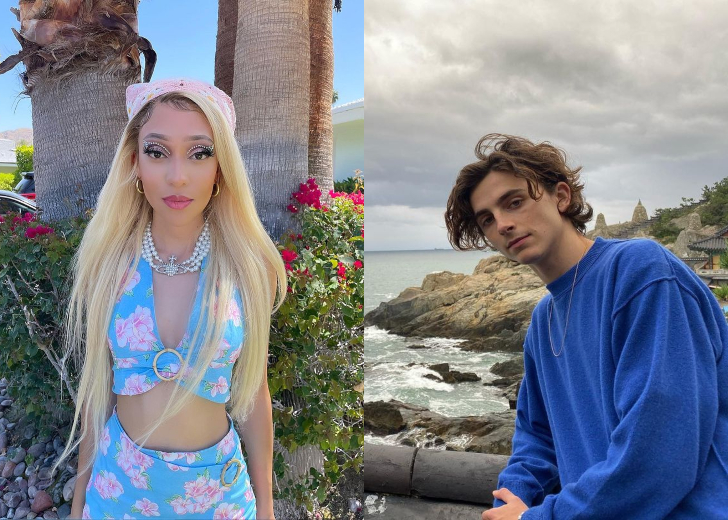 Things seem to have gotten out of hand.

What started as a dating rumor has turned into something else now!

Model Sarah Talabi has revealed that she has been receiving hateful and threatening messages amid rumors of her “kissing and dancing” with Timothée Chalamet at Coachella 2022.

On Wednesday, April 20, 2022, the influencer exclusively told Page Six about the death threats she has been receiving since the speculations initiated. She said, “I’ve received death threats and hateful messages from Timothée fans.”

“This is not OK, and they need to stop,” Talabi added. She then told the outlet that several angry fans had bombarded her with terrifying direct messages as well as public comments on her Instagram handle.

For instance, in one of her Instagram posts, one angry fan had publicly commented, “Don’t think you can just kiss Timothee and walk away unharmed.”

“Girl, I’m warning you to stay away from Timothee or else,” another wrote while adding a middle-finger emoji.

Additionally, Talabi revealed one of the messages she received on Instagram to Page Six. The direct message read, “girlll you better watch you back now that your [sic] with Timothee 🔪.”

In the same conversation, the Nigerian model also mentioned that she is worried about those who have been sending her hateful messages as “they are battling their own demons.”

Talabi stated that she hopes those people consider therapy and get the help they need. After that, she shifted the topic of the conversation toward her and Chalamet’s dating rumors.

She said she is “not ready to make a statement on her relationship status with Timothée.” So instead, she acted smartly again – like she did previously – and gave a message about climate change.

Her message was, “Please redirect your frustration to the fact that air pollution from fossil fuels cost the world $8 billion every day, not to mention putting human life and planet earth at risk.”

“The earth is in a dire state so comment on, email, and write to our political leaders letting them know that the fossil fuel industry is morally unacceptable, and we will not stay silent while our planet is being destroyed.”

Rumors of Chalamet and Talabi’s romance started after the two were allegedly seen dancing and kissing at Coachella 2022. Talabi had previously confirmed she spent some time with the American actor at the festival by tagging Chalamet on her Instagram stories.

The speculations were further fueled after an eyewitness claimed they saw Chalamet “dancing with and kissing Victoria’s Secret model Sarah Talabi at Coachella.” The witness had shared the message and a picture of the two to gossip site Deuxmoi.

When the rumors started to gain hype, Talabi decided to address them by giving a statement to Page Six – on April 19. But like said earlier, she did so very cleverly by inserting a message about climate change.

“Everyone is asking me if I was kissing Timothée Chalamet at Coachella, and that is a good question. But a great question would be asking our world leaders why the Earth is now losing 1.2 trillion tons of ice each year….”

“…due to global warming and why climate crisis reform has been completely ineffective. I encourage you to contact your local representatives and ask them that.”

Although Talabi gave a statement, she neither confirmed nor denied her romance with Chalamet. Due to her rather different statement, nothing could be said about their rumored relationship.