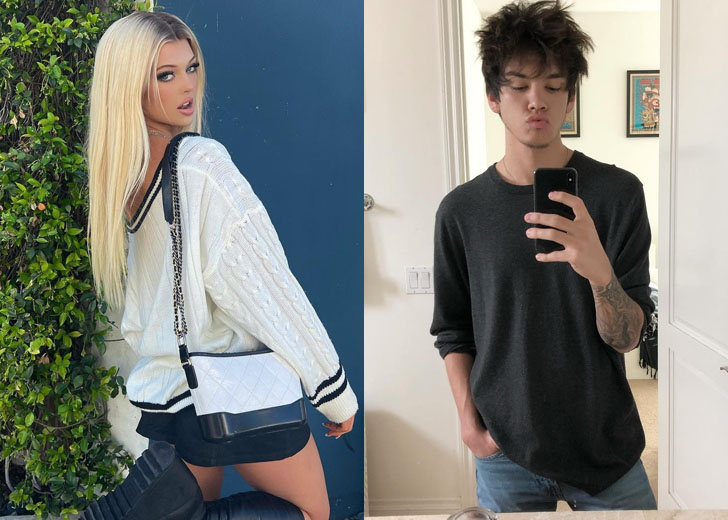 Loren Gray and Kyle DeLoera were together for over a year.

Loren Gray seems to have found out some ugly truth about her former relationship.

On Sunday, April 17, 2022, the singer and TikTok star performed live at the Coachella Valley Music and Arts Festival, Coachella in short, alongside the Lost Kings band.

While at Coachella, she learned that her ex-boyfriend was cheating on her. And that information was given to her by some random girls at Coachella.

Grey tweeted about it through her private Twitter handle on the same day she performed at Coachella. She wrote, “finding out ur ex was cheating on u from some random girls at coachella <<<<.”

One Instagram user wasn’t okay with the fact that she was cheated on. They wrote, “BYE, imagine cheating on her.”

“If Loren got cheated on I may as well never fall in love again,” another user commented.

Furthermore, one commented, “Imagine cheating on Loren; if you don’t love someone anymore u break up with them like why do people gotta cheat.”

In the same comment section, many were confused about who Gray was referring to as her former boyfriend. On the other hand, many comments mentioned that the ex-boyfriend Gray was talking about is Kyle DeLoera, aka DYSN.

The 20-year-old TikTok star and her former partner seemingly started dating sometime around 2020. Gray was first rumored to be dating social media star Tayler Holder after they were spotted holding hands while working together on her music video.

Both of them immediately shut the rumors down. Similarly, while doing so, Gray also mentioned that she was already in a relationship. She had written, “We’re shooting for a video! I have a boyfriend, and we’re [very] happy.”

Later, in August 2020, she introduced her boyfriend to the world, and it was Kyle DeLoera. Since then, the couple used to make several TikTok videos and share multiple pictures via their respective Instagram handles.

However, in late 2021, rumors of Gray and DeLoera’s breakup surfaced after fans noticed that the two had started to delete several pictures of each other from their social media handles.

And those speculations seemed to be true as no trace was left of their togetherness on their social media. Additionally, Gray had mentioned that she is single on the 2022 Valentine’s Day and would spend money on herself only.