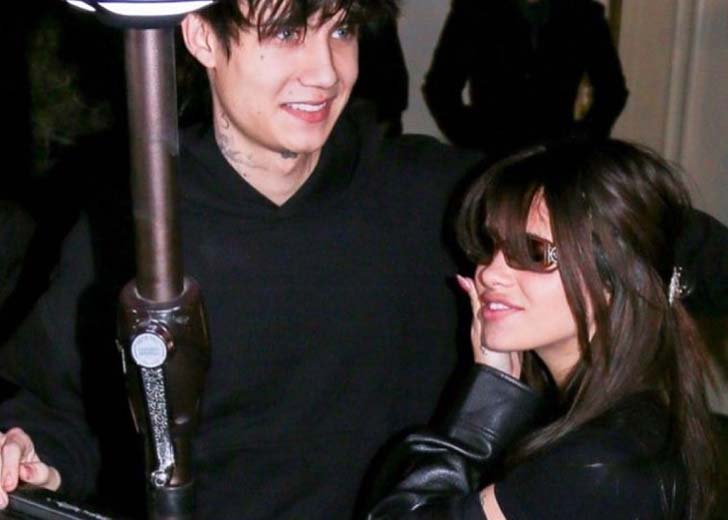 Everything about the “unfollow” drama and split rumors!

It has been a couple of whirlwind days for Jaden Hossler and Nessa Barrett shippers after the couple allegedly unfollowed each other on Instagram.

On Thursday, April 28, 2022, TikTok Insiders posted a collage picture of Hossler and Barrett’s Instagram following list. The two were no longer following each other on the photo-sharing platform.

The comment section was immediately filled with fans’ takes on the news as one wrote, “oh god didn’t they just hit a year too.”

“Why is everyone breaking up this year,” another chimed in.

Similarly, another Instagram user wrote that the couple has “so many matching tattoos,” followed by a crying emoji.

Soon after the news broke out, Hossler took to his Instagram handle to address the topic. In a since-deleted Instagram story, he wrote, “Just so everyone is clear, I didn’t unfollow anyone.”

As he went on, the TikTok star mentioned that he actually doesn’t handle things online. “Life isn’t what it seems. Sad to see things roll out like they are but I don’t want this,” he further added.

Around the same time Hossler posted the Instagram story, fans noticed that he was now following his girlfriend, Barrett, on Instagram. Another thing that also went noticed was that Barrett was yet to refollow her boyfriend.

Jaden Hossler has been accused of cheating on Nessa Barrett

All of these unfollow drama has led people to wonder if Hossler and Barrett have officially parted ways.

However, it isn’t only the “unfollow” on Instagram drama, as Barrett has seemingly changed captions from the pictures she shared alongside her boyfriend.

So, have Hossler and Barrett broken up? While there is still no confirmation, there is speculation that Hossler allegedly cheated on Barrett.

The cheating speculations started after a picture related to Hossler went viral. An Instagram user named Kassidi Foy had shared a photo over her Instagram story, which showed an autograph signed over her chest.

In the same story, she thanked Hossler by writing, “LMAOOOO THANKS” and mentioning the TikTok star’s Instagram handle. Similarly, he had also dropped a comment on her recent Instagram post, writing, “The picture after my concert is my favorite.”

This viral picture and the comment from Hossler led fans to criticize the musician and speculate if he was cheating on Barrett.

As the whole debacle started to gain hype, BFFs Podcast took to their TikTok handle to share a video while replying to a fan’s comment, “Jaden Hossler and Nessa Barrett unfollowed each other y’all.”

The video also featured Barrett’s ex-boyfriend Josh Richards who was saying “Emergency pod” twice, after which the camera shifts to the podcast’s co-host Dave Portnoy who said, “It’s coming.”

However, BFFs Podcast’s Instagram handle later clarified by dropping a comment on TikTok Insiders and The original Tiktokroom’s post – who had reposted the video. On TikTik Insders’ post, they wrote, “That video is from the last emergency pod guys, no emergency pod is coming.”

Additionally, on The original Tiktokroom’s post, they wrote, “The caption was ‘should we run it back?’ It’s an old video, we’re not doing an emergency pod.”

Did Jaden Hossler and Nessa Barrett break up?

Now, coming back to the main question, did Hossler and Barrett split? As of now, there has been no official confirmation about that. Hossler still follows Barrett, whereas Barrett doesn’t follow Hossler on Instagram.

Likewise, an activity from Barrett hints that the duo is still together. Some hours after Hossler’s previous Instagram story, TikTok Insider posted a screenshot of a fan’s post that slammed the people spreading false speculations about Hossler and Barrett.

And the interesting thing was that Barrett had liked that Instagram post. Some parts of the post read, “[expletive] all u guy’s assumptions abt them you guys don’t know these ppl. Y’all like to create problems and spread lies just to break them apart when they’re already going thru so much. All the false accusations and hate need to stop.”

Similarly, Kassidi Foy, whom Hossler signed an autograph, has revealed via an Instagram story that the picture is not hers. “To everyone asking – this is obviously not me lol,” she wrote.

To conclude, nothing could be said about Hossler and Barrett’s relationship and whether they have split or not until an official confirmation from either of them comes.

Hossler and Barrett first sparked romance rumors in early 2021 after releasing their song titled ‘la di die.’ At the time, both of them were in their respective former relationships – Hossler with Mads Lewis and Barrett with Josh Richards.

When those former relationships ended a couple of months later, Hossler and Barrett officially started dating. Hossler confirmed their relationship during their joint radio interview with Audacy host Kevan Kenney.

As their togetherness went on, everything seemed perfect between the two. Besides, they had even moved in together in January 2022. And now, they have sparked breakup rumors.