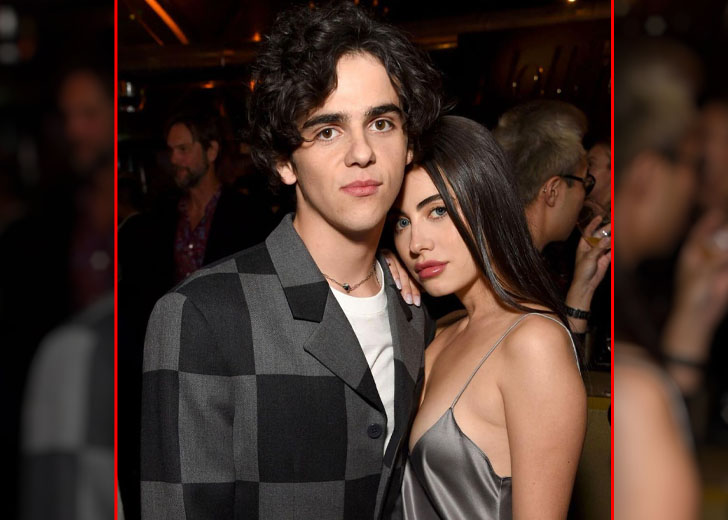 It’s now apparent to everyone that Morgan Cohen is the new girlfriend of the American actor Jack Dylan Grazer.

The now-confirmed duo’s relationship started in early 2022, and they had spent Valentine’s Day together as well. Cohen even shared some snaps from that day, but it was unclear who the man was as his face wasn’t shown.

On March 7, the TikTok star featured her boyfriend on her TikTok handle in a since-deleted video. One day later, she made things official by sharing a series of pictures of them, including some from when they attended an event together.

Since then, several more pictures of them have emerged from their respective Instagram handles, and many videos from Cohen’s TikTok handle. And it seems they are happier than ever – despite all the warnings from people to Cohen to run due to Grazer’s past abusive dating history.

On Sunday, March 27, Cohen shared a series of pictures – some PDA-filled too – on Instagram from when they spent time together in a lavish trailer outside of the city. “A mouse like you only comes ’round once every blue moon,” Grazer commented.

Now that the couple’s relationship is summed up – details that have been made public – let’s look at Cohen’s other side of life and learn more about her!

How old is Morgan Cohen?

As per Famous Birthdays, Cohen is presently 24 years of age, which means she is almost six years older than her boyfriend Grazer – born on September 3, 2003.

Born in 1997, Cohen celebrates her birthday every day on September 28. She was raised by her parents in the suburbs of Tarzana, Los Angeles, California. Her zodiac sign is Libra.

Speaking of her parents, she has remained quiet and hasn’t revealed much about them. In addition, it remains unknown if she is the only child or has siblings in her family.

Morgan Cohen has a tall height

If we glance at Cohen’s Instagram handle, several full-body pictures of hers can be found. Those images give an idea that she has a tall height.

However, when it comes to the exact numbers, they remain undisclosed. Additionally, details about her weight and body measurements are unknown. Nonetheless, it could be seen that she has a slim build.

Apart from her TikTok handle, where she flaunts over 1.2 million followers, Cohen is only available on one social media platform: Instagram. It seems she is yet to join Twitter.

On Instagram, she goes by the username of @morganbcohen and has made a total of 66 posts. She mostly shares pictures of herself and with her friends and boyfriend. Furthermore, she has garnered more than 83,900 followers.

Before her current relationship with Grazer, Cohen was in a few relationships in the past. It’s reported that she was dating actor Ethan Cutkosky, renowned for his performance in the television show Shameless.

Morgan Cohen and Ethan Cutkosky reportedly dated sometime after 2019 and ultimately parted ways before September 2021. At that time, Cutkosky had revealed that he was single during an appearance on CANCELLED with Tana Mongeau.

Similarly, it was rumored that Morgan Cohen and Bryce Hall were dating. However, the romance rumors of the two social media personalities were never proven and got buried.

Posted on September 29, 2021November 1, 2022
Jack Manifold, known online as JackManifoldTV, is a rising English YouTuber and Twitch streamer who came into the limelight after becoming a member of...
Read More