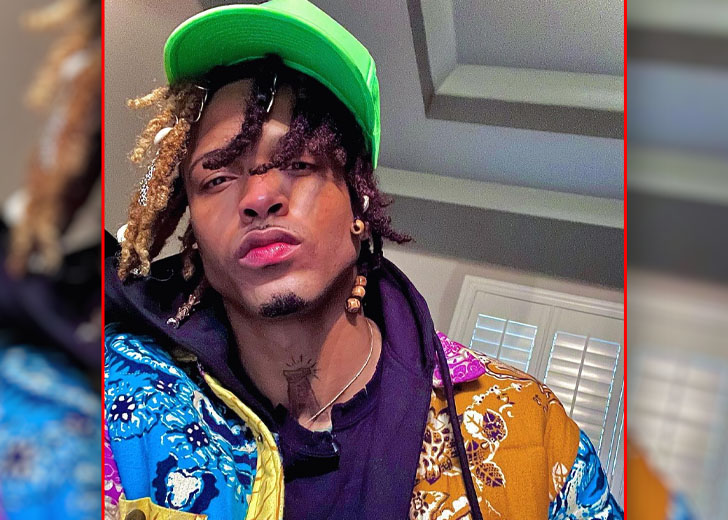 American rapper August Alsina has been very open about the struggles going on in his life – primarily the illness he suffers from.

Last September, he revealed via Instagram that he is working on a couple of music projects, and it will be the last his fans see or hear of him.

As he continued, Alsina stated he hopes that “we can enjoy each other” while he is still here, on his last victory lap around the sun.

Such a post from Alsina made his fans wonder if the rapper is taking retirement from the music industry or, worst of all, dying. Fortunately, he is still alive, giving his well-wishers relief.

What illness does August Alsina have?

Since the mid-2010s, Alsina has suffered from quite a few illnesses. The first instance came in 2014 when the rapper collapsed on stage during a performance in New York. TMZ had reported he was in a coma for three days and had multiple seizures.

And after that, several more incidents followed. Then, the next year, Alsina revealed that he had to have eye surgery due to a disease in his eyes that was affecting his eyesight and causing him to go blind, per People.

The most shocking news among his fanbase came in 2017 when he opened up about his autoimmune disease that attacks his liver in a sit-down interview with his friend Jada Pinkett Smith – they also had a romantic relationship for a brief period.

Alsina had posted the conversation in a now-deleted Instagram post. He told her that he had a good chat with his late biological father’s mother and sister. “They explained to me that sickness & illness runs in my family. My father & grandfather both died of severe illness.”

“But they were FIGHTERS & that’s all that matters. Just ride with me is all I ask,” Alsina added.

Captioning his Instagram post, he wrote, “I’m sicker than ever & having a hard time accepting what I feel & what the doctors are saying is most true. I have a liver disease where my autoimmune system is fighting against itself. Reality is that I’m sick all the time.”

As he went on, Alsina stated that he doesn’t like to talk much about his illness as he is not looking for anybody’s sympathy. He also urged his fans not to give him compassion or treat him like a cancer patient because he is not.

Genetic liver conditions are of a few types: alpha-1 antitrypsin (AAT) deficiency, hemochromatosis, and Wilson disease. They also occur due to a lack of the AAT protein or a build-up of copper and too much iron in the body.

Furthermore, these diseases can lead to different complications in a person’s liver and other organs. Some symptoms include Fatigue, Joint pain, Abdominal pain, Loss of libido, Fibrosis, cirrhosis, Cardiomyopathy, and yellowing or ‘bronzing’ of the skin.

August Alsina had a temporary disability in 2019

Two years after announcing his battle with autoimmune disease, Alsina suffered from a temporary disability.

August Alsina had a temporary disability in 2019 (Photo: Instagram)

On July 9, 2019, the 29-year-old New Orleans native took to his Instagram handle to share a video from a hospital bed. He started the video by saying, “Hi guys, it’s August. As you can probably tell, I’m in the hospital.”

As he continued, Alsina said that when he woke up a couple of days before, he couldn’t walk. He couldn’t feel his legs, and his doctor suggested and ultimately admitted him into the hospital.

“We’re doing a bunch of tests and they’re saying I have some nerve damage going on throughout my body. It’s like my immune system went on vacation. So, I’m just waiting on it to come back and we can get together and it can do what it do, man.”

In the end, he updated his fans that he had got several new songs to share with his fans.

That was almost three years ago. So, how is Alsina doing now? Has his health condition improved? It seems the rapper is doing quite well as of now. There are no reports of his other illness or having something like in the past.

Did 'The Last Kingdom' Star Eliza Butterworth Went Through Weight Loss? Find Out