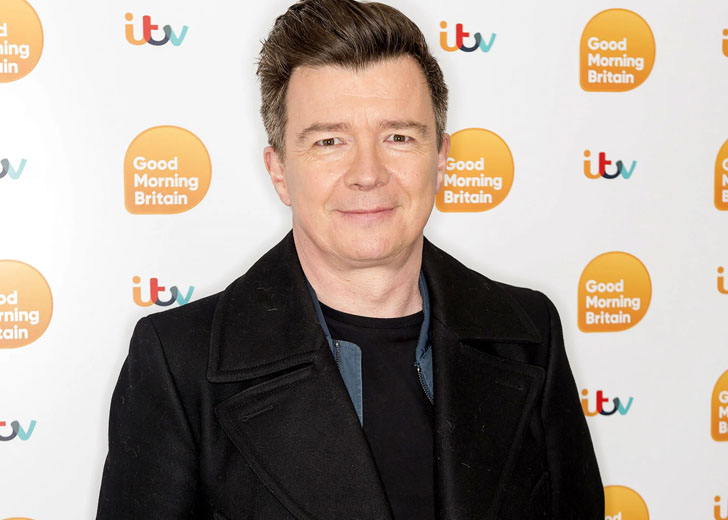 Find out if anyone has rickrolled Rick Astley!

“Never gonna give you up. Never gonna let you down.” If you’ve heard these famous lines, you have certainly been rickrolled once in your life, or maybe just now.

Jokes apart, these famous lines are from a worldwide phenomenon song belonging to English singer-songwriter Rick Astley – his birth name is Richard Paul Astley. Some of his well-known songs are ‘Together Forever’ and ‘Whenever You Need Somebody.’

He was already beaming up to fame but gained major success when his song ‘Never Gonna Give You Up,’ aka the Rickroll song, became an internet phenomenon in 2007 as a part of Rickrolling meme.

All of it boosted his popularity like never before. With the popularity came curious fans who wanted to know more about him. Here are three such queries that fans have about Rick Astley!

Has anyone rickrolled Rick Astley?

Among many things that Astley’s fans are eager to learn, one is if the creator plus master of the Rickroll has ever been rickrolled.

If you have been wondering if that’s even possible, then you might be shocked to hear that Astley has actually been rickrolled. The impossible was done by a YouTuber named TheTekkitRealm in March 2021.

The YouTuber was doing a members-only Minecraft Livestream where one of his subscribers told him that he is a close friend of Astley and the latter was online on Facebook at the time. So the YouTuber stopped whatever he was doing and messaged him with a fake account.

Fortunately, Astley responded to his message; however, he figured out that it was the YouTuber – who had made a Guinness World Record by Rickrolling people. And the YouTuber’s feat was known to Astley as well.

All of that stuff was still being live-streamed, and another one of his subscribers asked the YouTuber to ask Astley to join his stream so that he could rickroll Astley. The YouTuber liked the idea.

So, he typed, “Hey, I’m streaming right now. It would be amazing if you could join and say a quick hello if you could!” He then attached a link to his live stream. “Really crazy timing. My viewers would die to see you lol,” he added.

Following that, he played Astley’s ‘Never Gonna Give You Up’ on loop and went to get himself a Monster energy drink. Sometime after returning, Astley messaged him saying, “Well, now I guess you can count me on that list! Haha.”

That confirmed that Astley joined the YouTuber’s live stream and got rickrolled. But that’s not the end, as Astley had a backup plan and ultimately rickrolled the YouTuber. Amazing, isn’t it?

When asked how Astley did that, the singer replied, “That’s the art. Never reveal the secret to it. Have fun with your live stream. Keep up your work!”

Well, if you are going to rickroll the master of rickrolling, surely there will be retaliation.

However, several years back, there were huge rumors of the 56-year-old Englishman being dead. This rumor first started in June 2009, when a hoax about his death was spread. At the time, several hoaxes about celebrities’ death were being spread online.

And it wasn’t the first time, as the hoax has been spread multiple times over the years. The most recent time it happened was in April 2022. Nonetheless, it has since been confirmed that it was just a hoax and Astley is alive and well.

Reports suggest that a genuine-looking Facebook page named “R.I.P. Rick Astley” spread the news by writing, “At about 11 a.m. ET on Friday (April 01, 2022), our beloved singer Rick Astley passed away. Rick Astley was born on February 6, 1966, in Newton-le-Willows.”

The fake news continued, “He will be missed but not forgotten. Please show your sympathy and condolences by commenting on and liking this page.”

The news was confirmed as fake by Astley’s reps on April 2. They said, “He joins the long list of celebrities who have been victimized by this hoax. He’s still alive and well, stop believing what you see on the Internet.”

Like Astley’s death hoaxes, the rumors about him being gay aren’t true. There have been no reports of him coming out as gay.

The topic of him being gay spread fast when the fictional character of Brian Griffin – from the world-renowned comedy show Family Guy – said, “Here’s a song by a gay guy.” It happened before Griffin played Astley’s ‘Never Gonna Give You Up’ on the show’s season 5, episode 18.

The topic also gained some discussions on Reddit, where several Redditors denied Astley being gay. Some also said, “Neither Rick Astley nor any of the three songwriters have come out as gay.”

That being said, Astley is straight. Additionally, he has been married to his longtime wife, Lene Bausager. The married couple met in 1987 while Bausager was working in marketing at Astley’s Denmark-based record label.

He told The Sydney Morning Herald, “I fell in love with her the day I met her. I did get to see her briefly again a few weeks later in London, then a year after that over a cup of tea while on tour in Denmark. We started writing to each other and I’d rack up some big phone bills calling her from all over the world.”

They finally started dating in the spring of 1989 after Astley returned from his Japan tour. Years later, in 1992, they welcomed their first and only child, a daughter named Emilie Astley. Their daughter is grown-up now and has a master’s degree in fine art.

She is reportedly working as a garden designer and lives in Denmark. As for the duo, they got married in 2003 in a secret ceremony after their daughter encouraged them to share the wedding vows.

He told The Sun, “I have been with the same woman for 27 years but we only got married recently. It was very, very casual. We had been engaged for 15 years but we were both very busy. We just didn’t find a date in the diary.”

“Our daughter was visiting because she lives in Copenhagen and the three of us were in the living room. She said, ‘Are you going to get married or what?’ And we went, ‘OK, let’s do it!’ So we just got married in the register office. We just thought, ‘Well, she is only home for a few weeks so let’s do it.'”

“We didn’t tell anybody,” the singer added. As of now, the married couple resides in Surrey, Molesey.

Posted on June 22, 2022June 22, 2022
Everything you need to know about Demi Lovato's dating history and present love life.
Read More

Does Jay Shetty’s Wife Radhi Devlukia-Shetty Own a Restaurant?