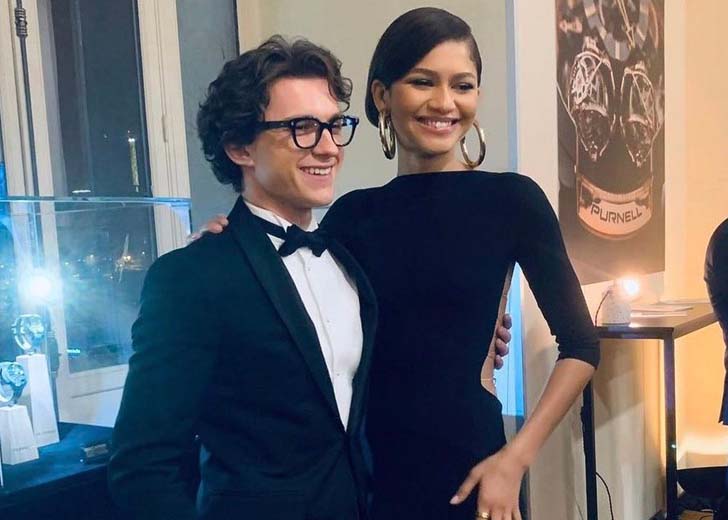 The pregnancy rumors started with TikTok!

One of the biggest talks going on Twitter right now is “Is Zendaya Pregnant?”

Yes, you heard that right! The American actress is currently rumored to be pregnant with her first baby with her boyfriend, Tom Holland. But are the rumors all true? If not, how did it initiated?

To give a straightforward answer: No, Zendaya isn’t pregnant. So, how did all of these speculations start? The whole fiasco began when a TikTik user, @ryan.roberts, uploaded a video on TikTok.

But, moments later, the video cut off, and the next slide showed a dancing video of Kris Jenner with “You just got Krissed. Send this to your friends to #Kris them” written over it.

As per High Snobriety, ‘You just got Krissed’ is a widespread meme that “uses blatantly false headlines to force behind-the-scenes footage from the Kardashian-Jenner clan’s 2012 Christmas card photoshoot down our gullets.”

So, all that was just a prank, and Zendaya is not pregnant. Nonetheless, despite being a prank video, it somehow got so viral on TikTok that people took the matter on Twitter, with #ZendayaPregnant trending on the social media platform.

One Twitter user wrote, “someone screamed ‘Zendaya is pregnant’ in Walmart and 20 [expletive] fell to their knees.”

Furthermore, one Twitter user was angered by the rumors as they wrote, “Whoever decided to wake up feeling vicious and start this Zendaya pregnant rumor is going to the pits of hell.”

Well, that does for now — Zendaya isn’t pregnant. However, that day might come in the future as her current boyfriend, Tom Holland, had previously expressed his desire to be a father.

In his December 2021 interview with People Magazine, Holland talked about his future plans after Spider-Man: No Way Home and mentioned that he is looking forward to becoming a dad in the future.

In the end, Holland stated that if he weren’t an actor, he would have been a primary school teacher.