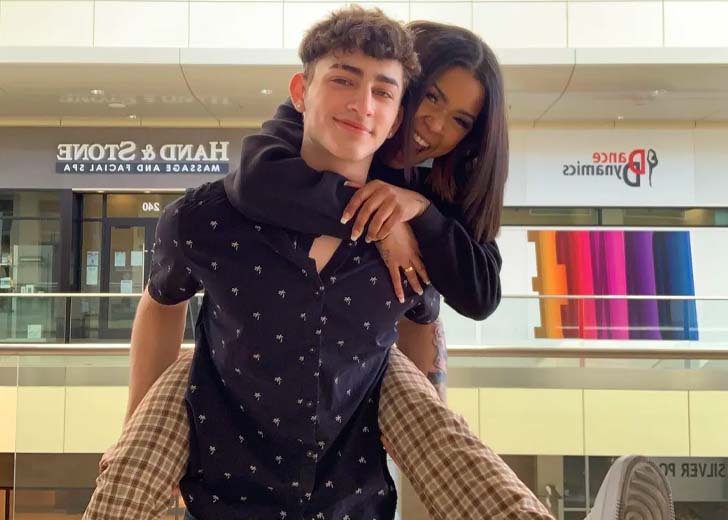 Reed Woehrle and Leilani Castro Green are no longer together.

Reed Woehrle (@.reedwoehrle on TikTok) and his girlfriend, Leilani Castro Green (@leilanigreen on TikTok), have made it to the list of couples to break up in 2022.

The pair had been dating for three years before calling it quits. The couple often appeared on each other’s social media, including TikTok, Instagram, and YouTube.

They posted adorable pictures and content together. Many of their fans and followers dubbed them the perfect couple as well.

Unfortunately, their relationship did not last long and ended in a break up.

People had noticed for some time that Woehrle had not posted much with his girlfriend. So, they questioned him on TikTok.

Finally, Woehrle broke his silence on June 23, 2022, and revealed that he had parted ways with his partner on TikTok.

Woehrle responded with a video to a comment by a fan named @kalia.ariannaa that said, “HONESTLY THOOO CS MY HEAD IS SPINNING WONDER IF THERE STILL TOGETHER OR NOT THEY’RE ONE OF MY FAV COUPLES.”

To Joji’s new song ‘Glimpses of Us’ in the background, the Tiktoker confessed that he had been questioned about not dating Green for quite some time.

He said, “Leilani and I are not a couple anymore.” He clarified that nobody cheated on anyone and said “nothing like that.”

Then, Woehrle hinted that Green was the one who decided to break up. He said, “It was not my choice.”

He ended his video by saying he felt he should let his fans and followers know that the pair were not dating anymore.

Via the comments, Woehrle said that he and his former girlfriend had no hard feelings. He also asked his fans not to send any hate toward Green.

He wrote, “You guys better not send Leilani any hate. She is the most amazing girl with the purest heart and only had good intentions. There are no hard feelings.”

Green, on the other hand, has made no comments on the break up. However, she pinned one of the comments made by a fan named @iiiheartzyyy on one TikTok video.

It said, “Guys I know all of y’all want to know how they broke up but not everything have to be put out there on the Internet they are still friends.”

Since Green pinned the comment, she might be hinting that she does not want to address their split. Similarly, she might also be suggesting that the pair are still friends.

But unless Green says anything explicitly, it is all speculation.

Fans can’t believe the break up

Even though the break up has been confirmed, the fans and followers of Woehrle are having a hard time believing that the pair actually parted ways.

Most of the comments under Woehrle’s videos are about fans asking him if he was krissing them.

‘Krissing’ is a new trend going on TikTok where people say something and later post a video of Kris Jenner, saying they were trolling.

So, many were expecting that the TikToker was trolling them. Similarly, many commented about not believing in love anymore.

However, most of the comments were from fans and followers hoping that the couple was okay after splitting after three years of dating.