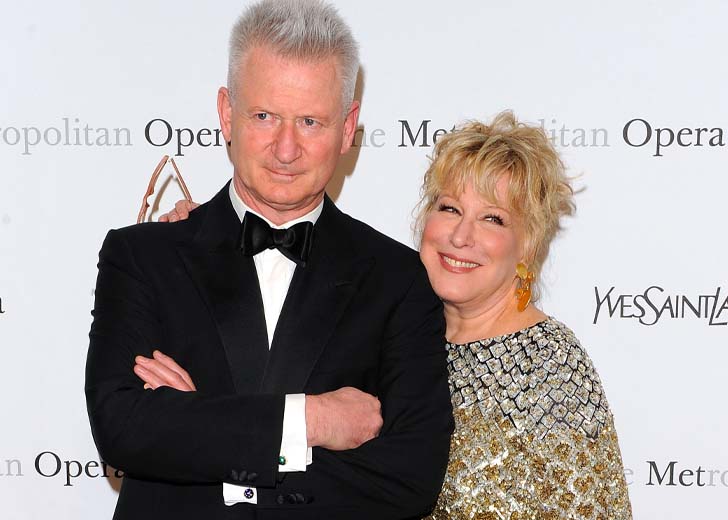 Bette Midler’s married life with her husband, Martin Von Haselberg, was not always rainbows and butterflies.

Bette Midler has been married to her husband, Martin von Haselberg, for almost four decades.

Unfortunately, their married life was not always rainbows and butterflies. There were times when Midler wanted to separate from her spouse and vice versa.

However, the couple reached the middle ground and fought for their marriage. And now, their love life is improved, and they are happily in love.

Midler has always been open about the difficulties of her married life and fights with her husband. Here is everything we know about them.

The Hocus Pocus actress talked about her relationship with her husband in an exclusive interview with Closer Weekly on May 30, 2021.

Midler and Haselberg’s marriage was a spontaneous deal. The pair had known each other for six weeks before taking this drastic step.

Midler asked her partner to get married, and Haselberg said yes. As a result, the pair eloped to Las Vegas.

They exchanged their vows in front of an Elvis Presley impersonator in 1984, who was also the only witness to their marriage.

Unfortunately, dark days started for the pair. They used to fight continuously, which was terrible for both of them.

But their married life was in shambles. Midler told Closer Weekly, “We used to fight bitterly.”

Bette Midler’s married life with her husband became good after the birth of their daughter, Sophie. (Source: Instagram)

She confessed that this continued for two years. She and her husband got together and came to the middle ground after the birth of their daughter, Sophie.

The start of happy married life

The pair realized where their priorities lay and could sort out their quarrel. They never wanted to put their daughter through their issues, so the best option was to get their act straight.

Midler said, “We came to the conclusion that we wanted to raise a child. We never wanted to hurt that kid in any way.”

She revealed that the duo planned to stay together “until it got better, and it did.”

In the same interview, Haselberg noted that they put effort into creating the life they have at the moment. And this came with compromise.

Like his wife, Haselberg used to be involved in the entertainment industry. He used to be a performance artist who later became a commodities trader.

Then, he gave up his job as a trader to support his wife’s flourishing career and raise their child. For this, Midler is forever grateful.

She admits that her husband sacrificed a lot for her and her daughter. She also called him “probably the greatest father who ever lived.”

Haselberg devoted his time to their daughter and taught her how to cook and speak a foreign language.

Alongside that, he looked after a partner and compromised for Midler. The pair are grateful that they did not give up on their marriage.

Midler said she felt happy that she and her husband worked on their marriage and persevered to live the life they are living right now.

They have a wonderful daughter who has followed in her parents’ footsteps in the entertainment industry. The couple leads a beautiful life at their home in Millbrook, New York.

Midler is still acting and singing, recently having reprised her role as Winfred in Hocus Pocus 2. Her husband, on the other hand, is still the biggest fan of his wife and daughter.