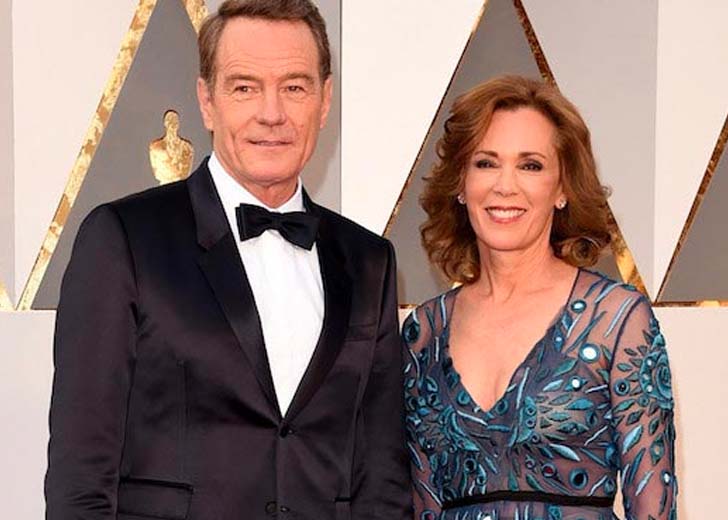 Bryan Cranston proposed wife Dearden while having a bath.

Bryan Cranston rose to fame on television with his role as the father in the long-running sitcom Malcolm in the Middle. However, his breakthrough project was the TV series Breaking Bad, in which he famously played the character of Walter White.

But that is not all he’s famous for — the Breaking Bad star is also known for being happily married to his wife Robin Dearden for more than 30 years.

Read everything you need to know about their long-lasting marriage.

Bryan Cranston met his wife on the set of ‘Airwolf’

In 1986, Cranston met fellow actor and his present wife Dearden when he appeared as a guest in an episode of the military drama Airwolf.

On the set, they immediately became friends and flirted. They went their separate ways after the filming was completed because they both had different partners.

“It was 30 years ago that we met on that terrible TV show,” Cranston said of their first meeting at the Palm Springs International Film Festival in 2016. “It changed both of our lives.”

Dearden also added that even though she had a boyfriend and Cranston had a girlfriend at the time of their first meet, she felt Cranston was “the funniest man I’d ever met.”

They reconnected a year later and picked up where they left off, except this time they were a year older and more mature.

Bryan Cranston proposed to his wife while bathing

The actor knew he’d tear up if he had to propose to her face to face. So he made a plan to do it when they were having a bath, Nicki Swift reported.

The setting caused a problem: where would he hide the engagement ring? So he put it on his pinky toe. When the occasion called, he extended his leg and said, “Here’s your ring, but I can’t reach it. Take the ring off my toe.”

Dearden described the proposal as “was so romantic” and why the couple has been happily married.

After over thirty years, Dearden and Cranston’s relationship is still strong.

Their daughter, Taylor Dearden, was born in 1993. Taylor has appeared in a few shows, including American Vandal and Breaking Bad.

Bryan Cranston was once married before

Cranston married his first wife, a writer native to Florida, Micky Middleton, in 1977, when he was only 23.

In his memoir A Life In Parts, he reflected on his marriage to Micky, saying, “I don’t think I grasped the depth and the consequence of the commitment I was making. The vows I spoke weren’t empty. I cared about her. I loved her. But in the end, I wasn’t ready.”

The pair divorced in 1982, after only five years of being together.

Cranston, in his autobiography, added, “If either of us had been honest, we would have gone our separate ways much earlier…She was a sweetheart. No arguing. No bitterness. We were just mismatched.”

How Old Is Lola Tung? Everything about 'The Summer I Turned Pretty' Star