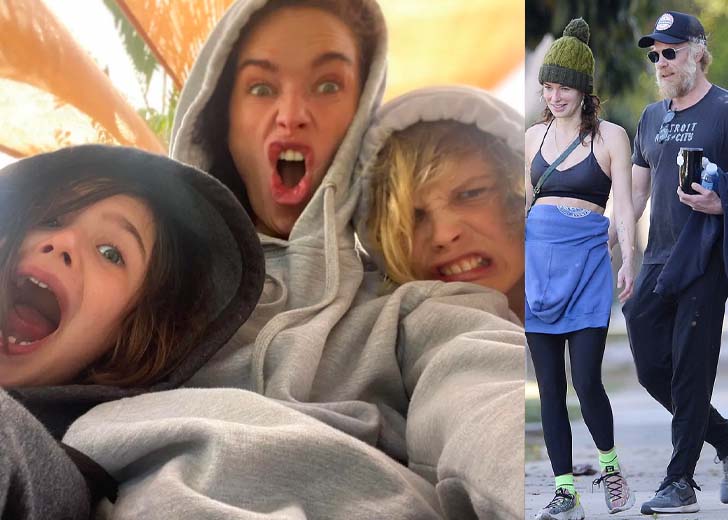 When one hears the name Game of Thrones, one of the names that immediately pop out is Cersei Lannister. And over the course of HBO’s world-renowned show, actress Lena Headey did a fantastic job portraying the role of Cersei Lannister.

For her performance in the fantasy drama, the actress received a Golden Globe Award nomination, five Primetime Emmy Award nominations, and more. In addition, she has done a wonderful job in 300, The Purge, and Terminator: The Sarah Connor Chronicles.

With a great job in Game of Thrones and other gigs, it could be said that Headey has established a stable professional career. But, the same couldn’t be said regarding her personal life, as she has had a few bumps along the way.

As of this writing, the English actress has been married twice and divorced twice as well — and has one child each from those relationships. She is presently in a dating relationship with a fellow actor while raising her two children. Here is a look!

Headey is now in a romantic relationship with an American actor named Marc Menchaca — he is best known for his performance as Russ Langmore in the Netflix series Ozark.

The news of their togetherness was first broke out in late October 2020 by The Sun when a close friend of the couple spoke exclusively to the outlet. The source said that Headey was again ready to move to the United States from the United Kingdom.

They said, “Lena now sees herself living in the States for the foreseeable future. It’s where the parts are for her, and she’s got a blossoming relationship with Marc, so she sees no point in her living in the UK.”

Similarly, the source added, “Dan [Headey’s ex-husband] is still pretty cut up about the break-up and is worried about how often he’ll see his little girl as she plans to take him with her when she moves from London.”

Around a month later, in November 2020, Headey and Menchaca reportedly confirmed their romance, and they had moved to the United States around the same time. In January 2021, Daily Mail caught the duo taking a stroll in Hollywood after their afternoon workout.

As of now, it’s believed that the couple is still together and going on strong as there has been no news of their split. Furthermore, as Headey’s children are with her, she is also doing her best to raise them and give the best parenting to her kids.

Now that we have wrapped up Headey’s present relationship let’s talk about her past relationship. It’s reported that Headey was dating actor Johnny Cicco from 2004 to 2007, having met at the 2005 movie The Brothers Grimm.

While they were together, they even got engaged on an unknown date. However, Cicco wasn’t Headey’s first husband, as they eventually parted ways. After that broken relationship, Headey met an Irish musician named Peter Loughran, aka Peter Paul Loughran.

They began dating and eventually shared the wedding vows on May 19, 2007, in front of close friends and family members. Less than three years after getting married, the two welcomed a son named Wylie Elliot Loughran on March 31, 2010.

Lena Headey with her ex-husband Peter Loughran during their wedding (Photo: Pinterest)

And just one year later, in 2011, the couple got separated. The news of their split wasn’t made public until Headey filed for divorce from her then-husband on June 20, 2012. “Irreconcilable differences” were cited as the reason behold their separation by the actress.

Additionally, the court documents at L.A. Superior County Court mentioned that Headey requested joint legal and physical custody of their son. Their divorce was finalized on December 26, 2013, with some extra hassles.

Toronto Sun reported that the former couple was arguing over finances and custody of their son since filing for the divorce. And the divorce settlement was reached eventually. The agreement allowed Headey to take her son to the filming locations for Game of Thrones.

Furthermore, their agreement mentioned that the divorced duo would have to download specific mobile applications that wouldn’t allow them to receive or send texts or emails and use the internet while on the road with their son.

Sometime after her split with Loughran, the actress dated her Game of Thrones co-star Jerome Flynn for a while.

But, their togetherness didn’t last long, and they split in 2014. And if reports are to be believed, the two had to be kept separated from each other on the set of the HBO show — these claims were rebuffed by Flynn in 2019.

After that breakup, Headey started dating her childhood best friend and filmmaker Dan Cadan. Soon after they began their relationship, the couple welcomed their first child together, a daughter named Teddy Cadan, on July 10, 2015.

In her July 2017 interview with the New York Times, the actress revealed that she had gotten engaged to her then-boyfriend, Cadan, and the engagement happened during that Spring. Moreover, she mentioned that they were looking for a summer 2018 wedding.

“I always said to him, ‘Don’t ever ask me to marry you, it’s a disaster.’ But it actually feels really wonderful,” Headey added.

At the time, the actress had recently moved back to her hometown of Yorkshire, England, after being in Los Angeles for 12 years. Speaking on the move, she said, “My life’s been mad for the last year.”

“I would’ve stayed in L.A. and played the game, but I want my kids to have a bit of grounding. In the last two weeks, my son has said to my dad, ‘I just want to be like you, Grandpa.’”

In the summer of 2018, Headey and Cadan shared the wedding vows. However, as fate would have it, the two decided to part ways after just one year of marriage in June 2019. Following the split, Headey relocated to East Dulwich, south London, before ultimately moving back to Hollywood.