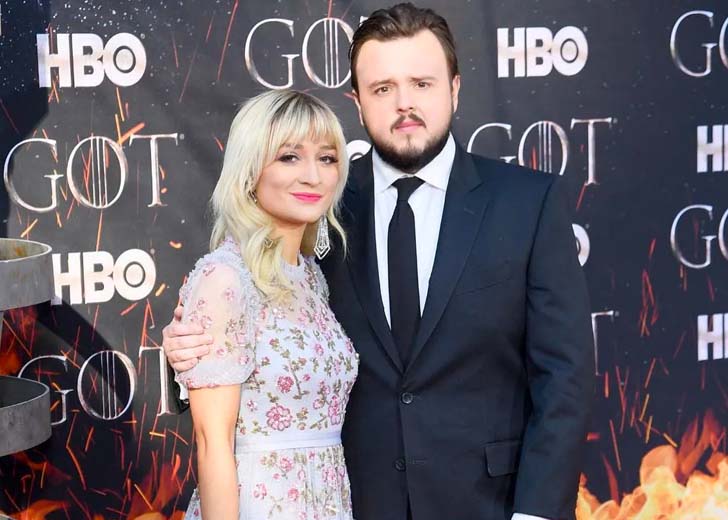 John Bradley and his girlfriend’s journey together so far.

John Bradley, an English actor best known for his role in Game of Thrones, is a well-known name in Hollywood. He has embedded his career with colors of hardships, struggles, and dedication.

The route he has paved so far in the entertainment industry is embellished with success and earnings.

The actor’s girlfriend is Rebecca May. Moreover, the couple has not unveiled their love story yet to the audience.

However, the actor did reveal some information about their first meeting. It all started when May interviewed him for Game of Thrones. The couple eventually got introduced, fell in love, and started dating immediately.

Both of them have the same aura and energy indulged within. Bradley is an immensely dedicated and hard-working actor, whereas May, on the other side, is an energetic yet lively interviewer and editor.

Bradley and his girlfriend both cherish the moments of success together. They have been together since July 2017, and their bond is still strong five years later.

But lately, the couple has been quenched with questions about getting married. However, despite years of togetherness, the lovebirds have not talked about this much. So far, they are dating and enjoying their lives filled with love and madness.

Bradley and May are always spotted standing beside each other while relishing each other’s success and happiness. Some time ago, May stood beside her beau at the Game of Thrones premiere at the Radio City Music Hall in New York.

Both of them looked gorgeous together. Bradley had an intelligent suit fit into him, whereas May looked stunning in her beautiful gown and complimentary jewelry.

Later, flaunting her love for him, she posted an adorable picture of them and a lovely caption, “Throwing it back to the #GOT Season 8 premiere in New York last month.”

They stayed beside each other the entire show while clenching their hands. Both shared that the stage of Game of Thrones is way more precious than how we assume it to be.

The series kicked off Bradley’s career and led the two love birds to cross their paths. GOT was Bradley’s first-ever audition, and he straight up got into it while living the dreams of many. He gave that a shot as soon as he came out of his drama school in Manchester.

In an interview with the Guardian, he stated, “I just wanted to make a good impression on my agent; I wasn’t even thinking about getting the job.”

And here he is, as one of the oldest cast of the show, who has been keeping the pride intact. To this date, Bradley is marked and enlisted as one of the finest yet the most talented actors from Hollywood.

Recently, the actor was seen in a sci-fi movie, Moonfall. His fans are eagerly waiting for his upcoming projects.