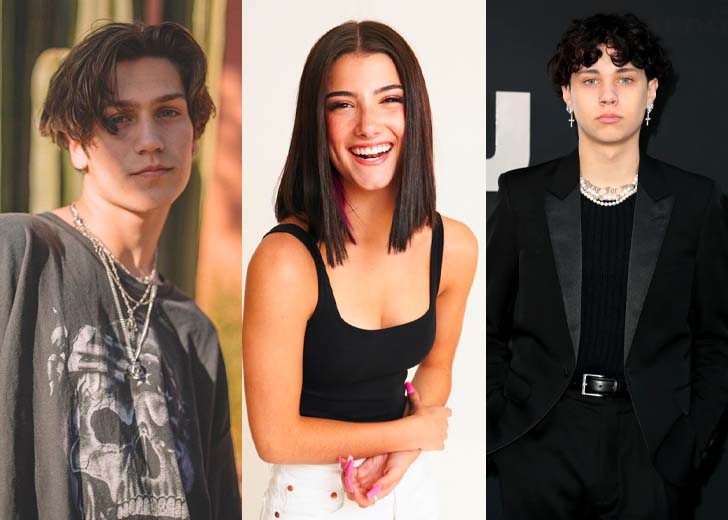 It seems like Chase Hudson disapproves of his ex-girlfriend and friend dating each other.

It has been confirmed! One of the most famous TikTokers, Charli D’Amelio, and up-and-coming musician and fashion designer Langdon Barker are dating.

The speculation about the pair dating started on June 15, 2022, after D’Amelio was photographed leaving Barker’s party together. Since then, many have speculated that the pair were together.

On June 27, 2022, People released exclusive news confirming that D’Amelio and Barker were dating.

They reported that the couple were spending time together and were in the early stages of their relationship. A source close to the Gen-Z celebrity said, “They’re seeing each other, and it’s early stages.”

Neither D’Amelio nor Barker has said anything regarding their news of dating.

Initially, many did not believe the rumors of the pair being in a relationship. Some gave them the benefit of the doubt.

Since Barker was Chase Hudson’s friend, who also happens to be D’Amelio’s ex-boyfriend, many believed that Barker would not date the TikToker for the sake of his friendship.

But since that day, D’Amelio and Barker were often spotted hanging out together. They got tattoos on the same day (June 21, 2022) from the same tattoo artist, Arbel (@ar.bel).

Similarly, they reportedly attended the party for ​​D’Amelio’s sister Dixie’s debut album ‘a letter to me’ and left it together on June 22, 2022.

Since the rumors spread of the pair dating, it seems like there is a rift between Hudson, D’Amelio, and Barker.

Hudson deleted all the pictures he had of Barker from his social media. But now that the relationship has been confirmed, he unfollowed the couple on social media.

Hudson and D’Amelio were first linked together in late 2019. They confirmed they were dating in December 2019, and not even five months later, they parted ways.

D’Amelio revealed that she and Hudson broke up via Instagram Stories in April 2019.

She penned, “I truly have so much love for Chase and wish him nothing but the best for him. It makes me happy to see all of the great things he has going for him.” She added that they would still be friends regardless of their romantic history and would keep supporting him.

After that, she was seen hanging out with Hudson at several events. Moreover, it was speculated that the pair were back together since a picture of them kissing had spread like wildfire on the internet.

But now, it seems like D’Amelio and Hudson won’t be getting back anytime soon since she is dating his friend.

Soon after the news of the relationship was revealed, the unfollow spree started. Hudson unfollowed his ex-girlfriend and his friend on Instagram.

Barker also unfollowed Hudson shortly after. Hudson is still following Dixie but has unfollowed the D’Amelio parents, Heidi and Marc.

D’Amelio, on the other hand, still follows Hudson at the time of writing.