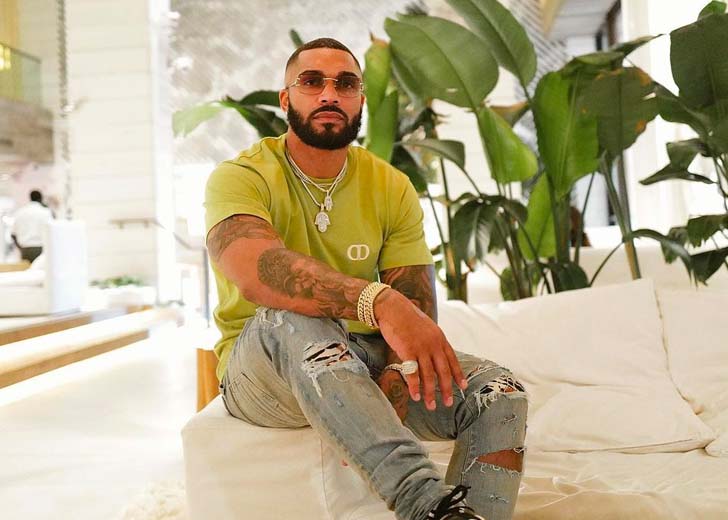 Tyler Lepley welcomed his third and youngest child in 2021.

P-Valley star Tyler Lepley shocked the fans with his relationship with social media influencer Miracle Watts. They went Instagram official in 2021 and were the talk of the town for several weeks.

Lepley is renowned for his role as Benjamin Young in the series The Haves and Have Nots. Through time, he has progressed immensely with his acting career and starred in the Starz series, P-Valley.

Through his performance, millions of people are a part of his fandom.

Since his stardom, fans have been waiting for him to reveal his love life and marriage. There have been speculations about him being married, but they were just rumors.

He is, however, a father of three.

Tyler Lepley isn’t married to a wife — but he is a father!

Lepley has three children: two with his ex-girlfriend, April King, and one with his current girlfriend, Watts.

As mentioned earlier, there might have been rumors about him getting married in the past, but those are untrue.

There were also rumors about him getting engaged to his former girlfriend, King, while they were living together in Sherman Oaks with their two children. But shortly after that, they separated in July 2021.

After separation, they started co-parenting their two children, Jade and Leo.

Tyler Lepley with his kids, Jade and Leo. (Source: Instagram)

Now, Lepley is in a committed relationship with Watts — and has repeatedly expressed his love for her on social media.

However, the couple is yet to tie the knot and exchange vows. Nevertheless, they seem extremely happy and often show their comfortable life on social media.

Just recently, in October of 2022, the couple became parents to a beautiful baby boy — their first child together.

Who are Tyler Lepley’s Kids?

The P-Valley star has fathered three children till 2022. His first child, his son Leo Charles, was born in November 2017 to his ex-girlfriend, April King. Likewise, his second child, his daughter Jade Jennifer was born in December 2020 to King as well.

When Jade was eight months old, the couple separated and went their ways in June 2021. However, they co-parent their children and raise them finely. We can see the adorable kids on both of their parents’ Instagram handles.

In October 2022, he welcomed his youngest child, his son Xi Lei, with his current girlfriend, Miracle Watts. They had announced their pregnancy through a recreational video of a scene from The Notebook.

Lepley often posts pictures and videos of his children on Instagram. Some fans say that his daughter looks exactly like him. Watts seems to love his other children as she commented on an Instagram post saying, “My boy, he’s the cutest.”

However, King doesn’t take it very well that Watts considers Jade and Leo as her children. They had beef because of the issue, but it seems to be resolved now.

Undoubtedly, Lepley loves all his children and often spends time with them. Similarly, they love their dad and have fun spending time with him.