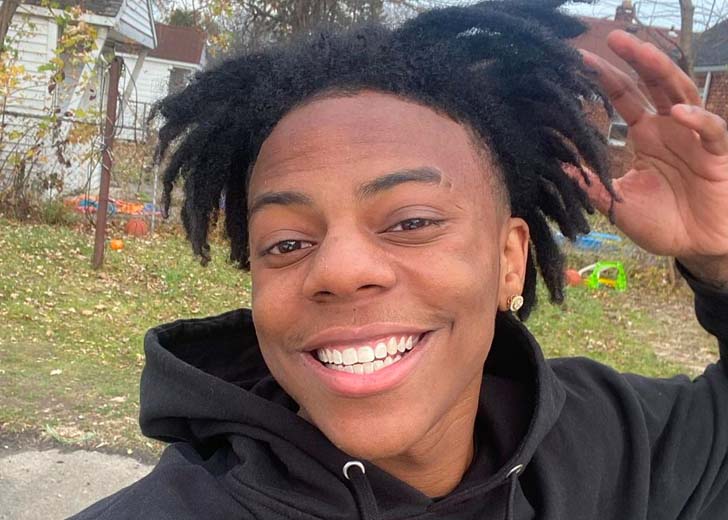 IShowSpeed is one of the fastest-rising YouTubers, with over 12.9 million subscribers.

IShowSpeed is one of the fastest-rising YouTube content creators of recent times, with him accumulating over 12.9 million subscribers and 937 million views on his main channel. Additionally, he has over 3.6 million and 908,000 subscribers on his second and third YouTube channels.

His popularity on YouTube has also resulted in an increase in his following on other social media platforms. He has over 10.2 million, 5.2 million, and 1.1 million followers on his TikTok, Instagram, and Twitter handles, respectively.

IShowSpeed, also a musician, rose to fame through gaming content and live streams and for showing his extravagant and hot-headed personality in his videos. Moreover, he has garnered football (soccer) fans as he is a big fan of the Manchester United player Cristiano Ronaldo.

How old is IShowSpeed?

IShowSpeed goes by the real name of Darren Watkins Jr., and he celebrates his birthday every year on January 21. He also goes by the nicknames of Speed or Speedy.

The YouTuber hasn’t addressed his exact age; however, he once stated that he was 19, probably to get better chances at entering Discord’s dating competitions. But he might be lying at the time.

As a result, fans of IShowSpeed are confused about his actual age, and the confusion sticks around. However, there are slight chances of the gamer being sarcastic or trolling his audience about his age as he doesn’t want to disclose his age.

That said, his zodiac sign is Aquarius. Furthermore, he stands at the height of 5 feet 8 inches and holds American nationality.

Like his actual age, IShowSpeed has been relatively private about his family life, due to which the details of his father and mother are unknown to the public. Additionally, the professions of his parents are a mystery.

But there have been instances where his viewers have gotten some glimpses of the streamer’s family, mostly during his live streams. As a result, netizens have learned that he still resides with his parents in Cincinnati, Ohio.

Speaking of those instances in his live streams, IShowSpeed’s mother could often be heard telling the YouTuber to keep his voice down or end his streams whenever IShowSpeed screams loud — screaming loud is a common thing in IShowSpeed’s videos or streams.

Moreover, it has been reported that the musician has two younger siblings; a brother and a sister. In some of his live streams, his younger sister could be seen entering his room to interact with or tell him good night.

As for his ethnic background, he has mixed ethnicity. Besides, there are little to no details about IShowSpeed’s family life. He is yet to feature any of his family members on his social media handles, where he has only shared limited pictures of himself.

Is IShowSpeed dating a girlfriend?

As of October 2022, IShowSpeed was in a romantic relationship with his girlfriend Ermony Renee, aka Dream [not to be confused with Minecraft streamer].

However, whether the two are still dating or have broken up is unknown. Their split rumors are because they haven’t posted about each other in a while and have unfollowed on Instagram.

Moreover, as per Sportskeeda, IShowSpeed had talked about how his girlfriend dumped him and was having an affair with another man in one of his recent YouTube videos. So, ideally, fans have wondered if IShowSpeed and Renne have split.

IShowSpeed with his rumored ex-girlfriend, Ermony Renee, in one of his videos (Photo: YouTube)

And considering everything, the only plausible conclusion is that the love birds have gone their separate ways. Nonetheless, nothing could be said without an official confirmation, which is yet to come from either side.

As per The Sun, IShowSpeed met Renee for the first time in her local UDF, and sparks filed immediately. And in one of his live streams of 2021, the YouTuber introduced Renee as his girlfriend. Since then, Renee would make occasional appearances in her boyfriend’s videos.

Before dating Renee, the teenage star was speculated to be dating transgender TikTok star and singer Ava Barbie. But these rumors were neither confirmed nor denied.

How much is IShowSpeed’s net worth?

As per LadBible, the gaming YouTuber has accumulated an estimated net worth of $500,000 in 2022. In one of his Q&A videos, IShowSpeed revealed that he earns around $75 to $200 per stream, depending on the duration of his streams.

Additionally, it has been estimated that his monthly earnings from YouTube’s ad revenue are around $160,000. But these aren’t his only source of income, as he has his own merch line and does sponsorship deals.

Furthermore, IShowSpeed has released a couple of songs on different platforms. His most recent music ‘Shake, Pt 2’ has already gained more than 14.7 million streams on Spotify. The song was made in collaboration with DJ Shawny.