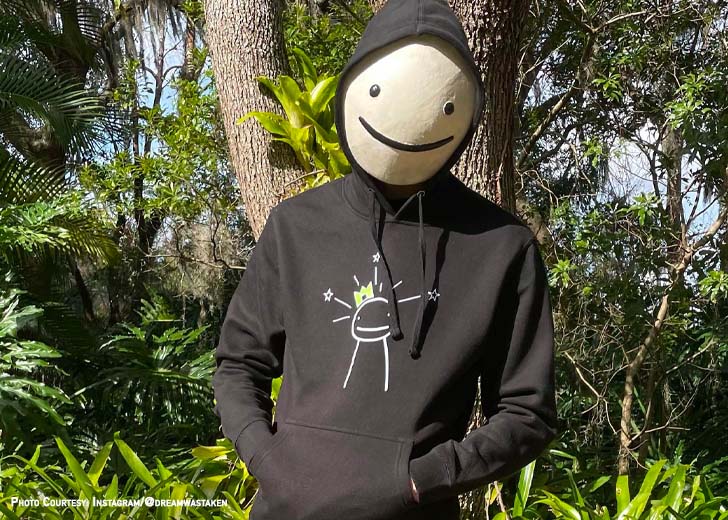 Dream’s fans must be delighted to learn that the famous streamer is finally doing his face reveal for the first time in his career.

On Monday, September 19, 2022, the Minecraft player took to his YouTube channel’s community tab to share an important update, within the first sentence, among his fans.

He wrote, “My next upload will be me face revealing.” “The mask is coming off, and George is finally moving to Florida with the Dream Team!” he added.

In the second line, he said he would return to some epic Minecraft gameplay after his face reveal. He then asked if he should do a “Minecraft manhunt in real life soon.” “so many awesome things to come. super nervous but also incredibly excited for the future!”

At the end of his community tab post, he said he could not wait to meet his fans in person.

The decision to go without a mask comes more than a year after Dream’s June 2021 interview with Anthony Padilla, where he had expressed his desire to reveal his face. In the interview, he mentioned that he wanted to move away from being a faceless creator.

Nonetheless, fans are still very much excited to hear the announcement as they have only heard Dream’s voice over the past few years. And fans’ excitement was witnessed all over the community tab’s comment section.

One YouTube user wrote, “it’s gonna be so strange for the new future fans who will join the fandom without ‘faceless’ Dream; they’ll know what he looks like when they join, while the rest of us waited for years. Dream’s gone a long way, we’re all so proud of him<3.”

“Dream has grown so much in the past few it is unimaginable and now that George is here he can finally do the face reveal we have all been waiting for. THANK YOU DREAM!!!!!!!! CONGRATS ON EVERYTHING,” another commented.

Likewise, one fan wrote that they never cared for what Dream looked like, but they wanted to see Dream smile when he met his best friend, George, after almost ten years. “Whatever happens, we support you, king!” the fan added.

Furthermore, one fan urged something to other fans by writing, “Guys no matter what Dream looks like, idc if he doesn’t look how you wanted him to, remember words hurt and he’s very nervous about this.. so let’s be supportive.”

Dream created his YouTube channel on February 9, 2014, but became an active member of the YouTube community in around 2019. Since then, he has managed to entertain the fans through his gaming videos, most of which are focused on Minecraft.

In that process, he got the love and support of millions of gaming fans worldwide. But despite his fame, he didn’t reveal his real name or ever did a face reveal. And while people might know his face now, the question mark on his real name might remain there.

On the other hand, people have their fair share of guesses on Dream’s real name, with some saying that it’s Clay. This belief came into existence after fellow YouTuber Karl Jacobs revealed he had saved Dream’s phone number under “Clay Dream.”

Advertisement
Related Topics:DreamYouTube
Up Next