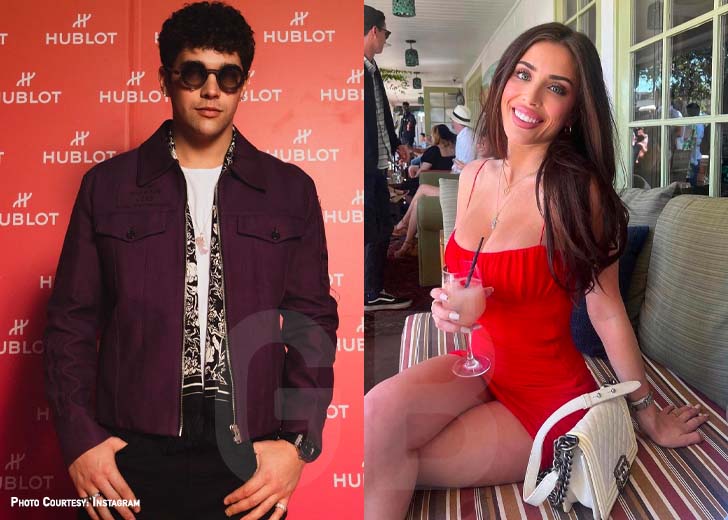 Singer-songwriter Austin Mahone hinted to his fans that he and model Sumner Stroh might be dating. He did that by sharing a TikTok video with the model on September 21.

The ‘What About Love’ singer and the model in the 11 seconds long video seemed quite close and intimate with his hands around her.

Mahone and Stroh might be dating each other, as he hinted to his fans by posting a TikTok video with the model who Levine cheated with and captioned it, “sorry @adamnlevine, she is mine.”

The singer posted the 11 seconds clip on his TikTok account on September 21, and the two of them appeared to be pretty close with his hand around her.

Mahone and Stroh appeared to be on a beach, and she was wearing an elegant black bikini paired with black boots, while Mahone kept it casual with a black shirt and cool shades.

However, it is unknown whether the two of them are dating for sure amid the drama circling Levine and Stroh. It might also be possible that Mahone wrote the caption jokingly.

Many followers responded and said that Mahone was doing it for publicity after he shared the clip with the message, “she’s mine.”

One of the fans wrote, “Proof that some ppl think any publicity is good publicity,” and the following fan noted, “He realized he wasn’t relevant anymore so he had to join the drama and then attempt to make them both relevant smh.”

Another comment under the video read, “austin how are you not embarrassed.”

On September 19, model Stroh claimed in a TikTok video that she had an affair with Levine. She initially did not identify the man with whom she had an affair and only called him a “man who was married to a Victoria’s Secret model.”

She said, “I was having an affair with a man who’s married to a Victoria’s Secret model. At the time I was young, I was naive, and I mean, quite frankly, I feel exploited,” in the video.

The model Stroh later disclosed the man to be Levine and shared screenshots of their Instagram conversation, some of which read, “It is truly unreal how [expletive] hot you are. Like it blows my mind.”

She exclusively told Page Six that the affair occurred last year when she graduated college in 2021 and claimed she and Levine had a ‘physical’ relationship.

Stroh also revealed that she and Levine dated for almost a year, but a few months later, he allegedly asked her if he could name his next child after her.

The Maroon 5 singer DMed her, saying, “Ok, serious question. I’m having another baby and if it’s [a] boy I really wanna name it Sumner. You ok with that? DEAD serious.”

However, the American singer and musician Levine denied having an affair with Stroh, 23, and noted that he simply “crossed the line” and “used poor judgment in speaking with other than [his] wife,” on his Instagram story.

After Adam Levine denied having an affair with her, Stroh appeared to throw a shade at him. “Someone get this man a dictionary,” the 23 years old model wrote on her Instagram story on September 20.