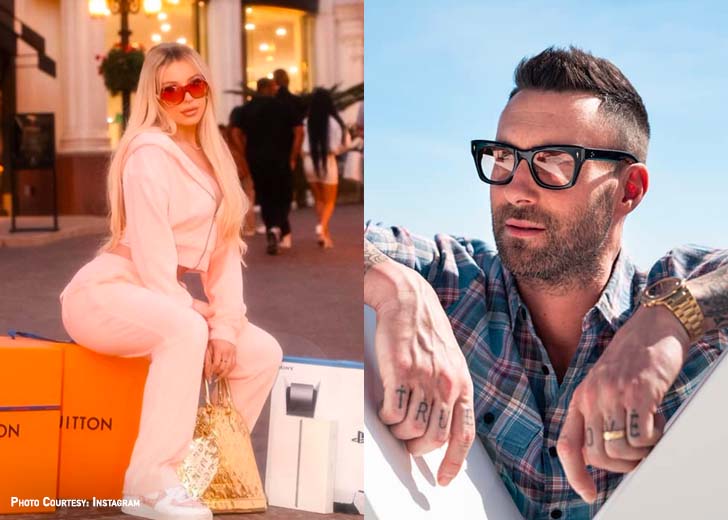 Tana Mongeau has come forward saying she received a message from Adam Levine.

Adam Levine, the lead singer for Maroon 5, has now been accused of sending four women improper texts while he was married or in a relationship.

Defending rumors of an affair but acknowledging “inappropriate” encounters, Adam Levine posted a statement on Instagram after three women accused the lead singer of Maroon 5 of sending flirty messages.

Tana Mongeau, a YouTuber, the fifth woman, has now come forward and claimed that Levine also messaged her on Instagram.

Mongeau is the fifth woman to reveal that Levine, in the past, also sent her a message. On September 21, 2022, she shared a screenshot via Twitter, showing that Levine allegedly slid into her dm but later unsend the message.

However, the screenshot did not contain any chat, but the YouTuber claimed that she got messages from the singer. She wrote, “check this one out… he said unsend.”

Anyway, some people believed that this communication might actually be legitimate because it requested to be accepted in her inbox.

After a day, on September 22, she replied to a tweet by What’s Trending, who questioned if Levine sent her the message and even claimed that some people are not buying it.

One of the followers said, “do it….. tired of people thinking ur lying just for some clout lol… asif you need any???”

Another user commented, “Please dont. For his wife’s sake.” The third comment read, “dont be shy tana drop it.”

Sumner Stroh was the first to accuse Adam Levine of cheating

Stroh alleged in a TikTok video that she had an affair with Levine on September 19. She first refused to give his name, referring to him only as “a man who was married to a Victoria’s Secret model.”

She said, “I was having an affair with a man who’s married to a Victoria’s Secret model. At the time I was young, I was naive, and I mean, quite frankly, I feel exploited,” in the video.

It was eventually revealed to be Levine by the model Stroh, who also released screenshots of their Instagram conversation.

She exclusively revealed to Page Six that the connection between her and Levine began last year when she graduated from college in 2021, and that they were “physically” involved.

Stroh also revealed that she and Levine dated for almost a year, but a few months later, he allegedly asked her if he could name his next child after her.

However, American singer-songwriter Levine denied having an affair with Stroh, 23, on his Instagram story, saying that he “crossed the line” and “used poor judgment in speaking with other than [his] wife.”

On September 15, Behati Prinsloo announced that she and Levine were expecting their third child, but just four days later, cheating claims ruined the couple’s pregnancy announcement.

Sumner Stroh, an Instagram model, was the first to claim to have had an affair with Levine. Two other women later that day came out with allegations that appeared to be similar to Stroh.

Alyson Rose, another Instagram model, responded with a since-deleted TikTok in which she recorded her own supposed conversations with Levine—despite the two have never actually met.

A third person, Maryka, shared messages with Levine on her Instagram story under the handle @mvrykv_.

She shared a screenshot with the hashtag #ExposeAdamLevine, which included flirtatious and occasionally sexual messages that Levine was said to have sent her.

Later on Tuesday, a fourth woman came forward to claim that Levine had flirtatiously messaged her, although not while he was still married to Prinsloo.

Using Maryka’s #ExposeAdamLevine hashtag, Alanna Zabel, a yoga instructor who claimed to have worked with Levine between 2007 and 2010, shared claims that the Grammy winner had messaged her improperly once when he was still seeing Rebecca “Becky” Ginos.

Zabel claimed that Levine fired her from his tour and began neglecting her during this time, calling it “one of the most devastating times of my life.”

What Do You Need To Know About International Divorce?