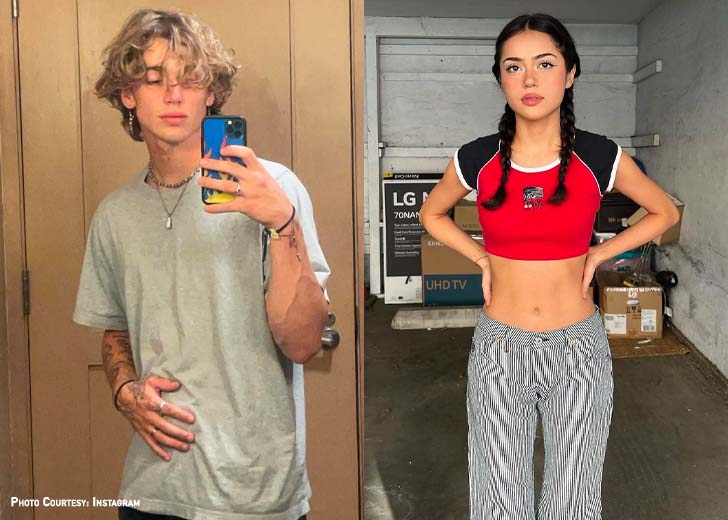 “I have it on good authority that Vinnie Hacker and Nailea Devora are secretly dating,” a source said.

The rumors on Vinnie Hacker’s dating life might have just come to a conclusion as it’s reportedly confirmed that he is dating Nailea Devora.

Deuxmoi recently took to their Instagram stories to post an anonymous tip regarding Hacker and Devora. The pseudonym of the tipster was “your grandma’s daughter,” and the subject was written as “rumors are true.”

In the end, the tipster had written their message saying, “I have it on good authority that Vinnie Hacker and Nailea Devora are secretly dating.”

And while Deuxmoi is an online gossip site, and their news must be taken with a grain of salt, it also shouldn’t be ignored that their reports often turn out to be true. So, the reported confirmation of Hacker and Devora’s relationship might be true.

This reported confirmation comes more than a year after both internet stars shut down their romance rumors by referring to each other as friends only. Their romance rumors were initiated after people noticed they were close and often made content together.

Hacker first addressed the rumors in April 2021 after a paparazzi approached him with the topic, to which he said that Devora was “just a really good friend.”

Months later, Devora discussed the rumors on the July 11, 2021, episode of Dixie D’Amelio’s Early Late Night Show. She said, “I always have seen him as a friend. We kind of have the same sense of humor, so it’s always been super friendly.”

D’Amelio then brought up the topic of fans shipping the duo of Hacker and Devora and asked Devora what that was like since she and Hacker were close friends.

Devora replied, “It definitely does make you a little uncomfortable because it’s with the other person — like, you both are receiving that and seeing a lot of comments and stuff. It’s a little weird. But I think it’s never gotten between our friendship or anything.”

“We’ve always been super cool about it. We both laugh about it. It’s always just been friendly,” she added.

That said, neither Hacker nor Devora has officially confirmed that they are a thing, and their fans might have to wait for some more time before they do so. And if it’s not confirmed, it would end up being another rumor about Hacker’s love life.

Speaking of other rumors about Hacker’s dating life, he has recently been linked to several ladies. In July 2022, he was speculated to be dating Olivia Rodrigo after a supposed picture of them kissing became viral on the internet — the rumors turned out to be false.

A month before that, he was said to be dating renowned American singer-songwriter Billie Eilish. Similarly, Audra Johnson, Renata Ri, and Lex are the three other names linked to Hacker. However, none of these dating speculations have been proven to be true.

What Do You Need To Know About International Divorce?