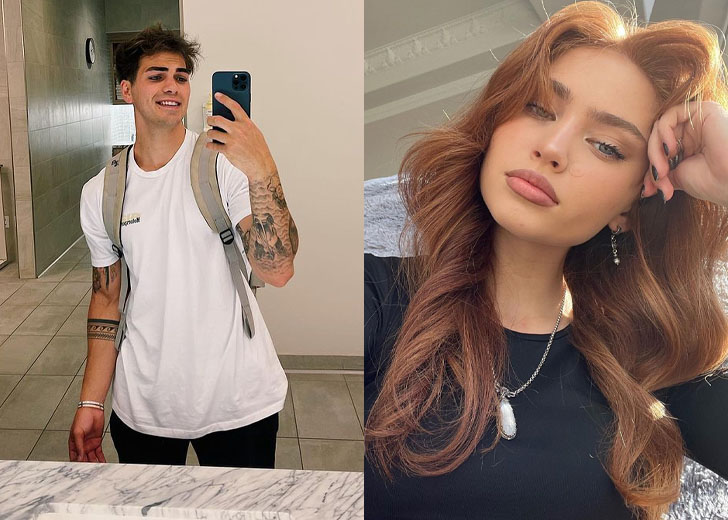 “It just made more sense to separate,” Thomas Petrou on Renata Ri’s departure from Hype House.

TikTok star Renata Ri recently revealed that she was kicked out of the collaborative content creators’ group Hype House.

The news sparked quite the talk between the Ri’s fans, who wondered why she was kicked out after joining the Hype House in December last year.

And now, the founder of the Hype House, Thomas Petrou, has finally spoken on the hot topic. On Wednesday, April 6, 2022, he uploaded a YouTube video titled ‘Why I kicked her out…’ where he talked on the news.

Petrou started the video by saying, “I’m sure you guys have noticed on my other social media [handles] but we’ve had someone else move out. As you guys know, Renata lived with us and everything was fine, okay.”

He then mentioned that Ri had now moved out of the Hype House and it was the kind of situation where she had to be kicked out. “I didn’t want to bring any light to this, but I noticed that she was liking a couple of comments on TikTok about it [her kicking out news] and stuff like that.”

“Our brands didn’t align. As you guys know, there were some things that came forward, and over time, it just made more sense to separate,” he added.

After that, he stated that he hates to feed into drama, and he is trying to be more mature, especially now, “when I was two years ago, you know, fed into it a little bit more.”

Petrou ended his talk on the topic by saying, “But that’s all that I really want to say on the situation; she has officially moved out. She is not a part of Hype House. That’s the tea, get it out of the way early, and enjoy today’s video.”

Additionally, he said that the Hype House has new members coming soon, and he is getting back to work after taking a short break for his mental health. “You get to feel a little bit better about life, and sometimes you got to take a little break.”

After the video was posted, some fans took to the comment section to express their views. One wrote, “you’re just making the house better and better keep doing amazing bg [big guy].”

“I’m so happy she left really I actually feel you guys are on track again,” another commenter said.

Similarly, when the Instagram handle of TikTok Insiders posted the video clip, several TikTok fans expressed their opinion, which was quite different from the YouTube videos’ comments.

One fan pointed out what Petrou had said previously about educating Ri and wrote, “didn’t he literally said he would try and educate her? Now he kicks her out? Lmao.”

“he should’ve never let her into the house in the first place??,” another fan chimed in.

Furthermore, one Instagram user wrote that Ri should have been kicked out a long time ago, and the Hype House only did so now as it affects their brand and financial situation.

Renata Ri had revealed her departure from the Hype House

The news about Renata Ri – full name Renata Valliulina – being kicked out from Hype House was announced by the TikTok star herself while replying to one of her fans’ comments in her TikTok video.

On April 1, 2022, the official Instagram handle of the Hype House posted a series of pictures that included her old and new members. And fans noticed that Ri wasn’t in any of the images.

Just a day later, on April 2, Ri posted a TikTok video with a caption that read, “when you don’t know how to dance.” Fans of the TikTok star immediately took to the video’s comment section and asked her if she wasn’t a part of the Hype House.

While responding to a fan who had asked, “You are not in. hypehouse anymore?” Ri gave a straightforward answer: “Yep, I got kicked out.”

Renata Ri confirms she was kicked out of Hype House (Photo: Instagram)

Fans began to wonder why she was kicked out. Later, the gossip site Dexerto reported that they got a scoop on the said topic from a source close to Petrou.

The unnamed source mentioned that Ri and Petrou had a fallout after the former got into a fight with one of the Hype House’s new members Tabitha Swatosh.

As a result, Petrou ultimately decided to kick Ri out of the Hype House.