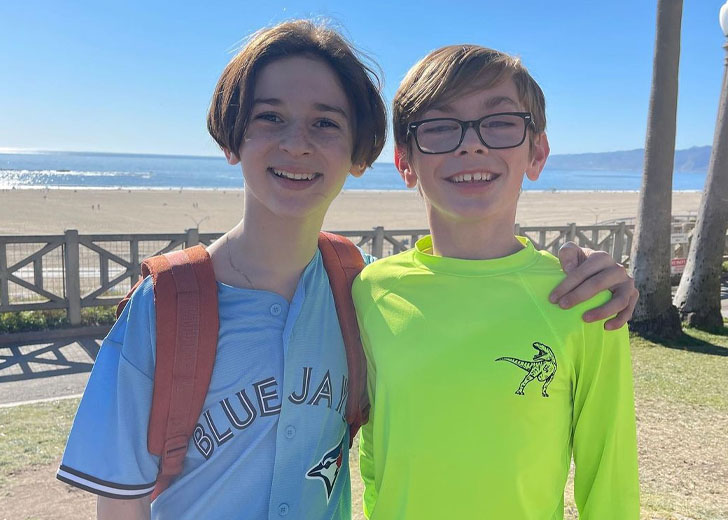 Billy and Tommy are back!

It’s official now! Julian Hilliard and Jett Klyne‘s Billy and Tommy Maximoff are a part of Doctor Strange in the Multiverse of Madness.

As the release date for the upcoming superhero movie nears, Marvel Studios officially started the sales of tickets for Doctor Strange in the Multiverse of Madness on April 6, 2022. On the same day, the production house released five different posters for the film.

Along with all the posters, Marvel also released a new TV spot titled Dream. And it confirmed the fan theories that two previous child superheroes will be returning in the sequel to 2016’s Doctor Strange.

Those two are none other than Julian Hilliard and Jett Klyne, who portrayed the roles of Wanda and Vision’s children Billy and Tommy Maximoff, respectively, in the Disney+ show, WandaVision.

Speaking of the TV spot, it opens with Marvel Studios’ opening card with a background sound repeatedly saying the word “Dream.” Then, Cumberbatch’s Doctor Strange says, “I’ve been dreaming, every night….”

Right after that, the voice shifts to Olsen’s Wanda, who says, “…the same dream. Every morning. The same nightmare.”

When Wanda says, “Every morning,” we cut back to the house from the WandaVision show, where Wanda, Vision, Billy, and Tommy lived. There, we see Billy and Tommy looking backward from a sofa.

Julian Hilliard as Billy and Jett Klyne as Tommy with Elizabeth Olsen as Wanda in the TV spot (Photo: Marvel)

Similarly, when Wanda said “The same,” we saw that she was on her knees with Billy and Tommy in front of her. Right after that, we return to reality with Wanda in her Scarlett Witch outfit and no signs of her children.

Then, she says the word “nightmare,” indicating that she was having a dream/nightmare where she was reunited with her children.

Back in the WandaVision show, we saw Wanda closing the hex and leaving the town of Westview, New Jersey. With the closing of the hex, she left behind the reality she created where she was with her love, Vision, and their children, Billy and Tommy.

This TV spot confirmed that Hilliard and Klyne would be reprising their respective roles as Billy and Tommy. Their events in Doctor Strange in the Multiverse of Madness might follow right after the end of WandaVision.

Both Hilliard and Klyne had reposted the TV spot via their respective Instagram handles and expressed their excitement to be a part of the movie.

Doctor Strange in the Multiverse of Madness opens exclusively in theaters on May 6, 2022. It is directed by the Spider-Man famed director – of the Tobey Maguire trilogy – Sam Raimi.