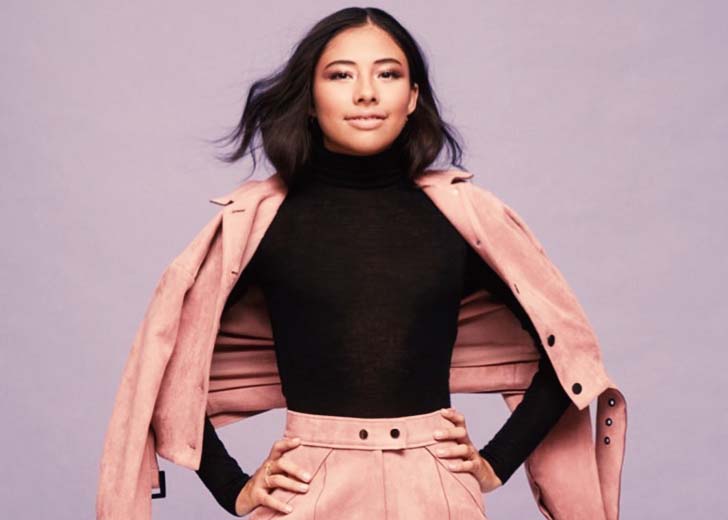 Netflix comedy-drama series The Baby-Sitters Club (The BSC) has managed to gain widespread fame and attract viewers from all around the world. Perhaps that’s why it was renewed for a second season – which premiered on October 11, 2021.

When the second season premiered, audiences noticed one major change in the show’s cast members. The actress who played the role of Dawn Schafer in season one was recast and was played by actress Kyndra Sanchez in season two.

So, who played the role of Dawn Schafer in The Baby-Sitters Club’s season one? Well, the person is the American actress Xochitl Gomez. But why did she leave the show?

As per reports, it’s believed that there was a scheduling conflict. At that time, Gomez was cast as America Chavez, aka Miss America, in the sequel to 2016’s Dr. Strange movie, Doctor Strange in the Multiverse of Madness.

The Marvel movie –  releasing on May 6, 2022 – was to be filmed around the same time as the second season of The Baby-Sitters Club. Thus, the actress bid farewell to the Netflix show and joined the superhero movie.

Here is what you need to know about the newest superhero to join the Marvel Cinematic Universe!

The Gentefied actress is currently 15 years of age, per Famous Birthdays. She celebrates her birthday every year on April 29.

Born in 2006, Gomez was raised in Los Angeles, California. Her birth name is reported to be Xochitl Gomez-Deines. Additionally, her zodiac sign is Taurus.

The actress is one of many young talents to join Marvel’s phase four, including Jack Veal as Kid Loki, Iman Vellani as Kamala Khan / Ms. Marvel, Jett Klyne as Tommy Maximoff, Julian Hilliard as Billy Maximoff, and others.

Who are Xochitl Gomez’s parents?

As of this writing, the specific details such as names and professions about Gomez’s parents aren’t disclosed. The actress is a private person and likes to keep those details upto herself only.

Nonetheless, reports suggest that both her father and mother are Mexican. Additionally, she has mentioned her dad as a Mexican in many of her Instagram posts.

For instance, on Father’s Day, June 21, 2021, she shared a picture with her father from when she was a child. In the caption, she wrote, “Happy Father’s Day to the man who was never too busy to come to a tea party under the dining table.”

In the end, she used several captions, and among them, one was “#mexicandads.”

Gomez seems close to her father and always wishes him on Father’s Day, but without revealing much information about him. However, she is yet to share pictures with her mother.

The actress is reportedly the only child of her parents and doesn’t have any siblings.

Xochitl Gomez has an average height

For a 15-year-old person, Gomez has attained an average height of 5 feet 4¼ inches (1.63 meters). But, as she ages, she will grow, and her height will also increase.

Additionally, she weighs around 45 kg or 99 lbs, and her body measurements are 30-23-30 inches. She has dark brown hair and dark brown eyes.

How much is Xochitl Gomez’s net worth?

Gomez currently has 21 acting credits to her IMDb profile, including the upcoming Dr. Strange sequel. However, not all of them are big movies and TV shows as most of them are short movies only.

So, it’s fair to assume that she didn’t earn a hefty amount from those short movies. The only big projects she has been a part of are The Baby-Sitters Club, Roped, and Doctor Strange in the Multiverse of Madness.

As Marvel is known for paying their stars a healthy paycheck, Gomez might have also received a good amount. So, considering all that she has done, what is her net worth?

As of this writing, her exact net worth figures are yet to be disclosed. However, reports suggest that she might have an estimated net worth of $500,000.