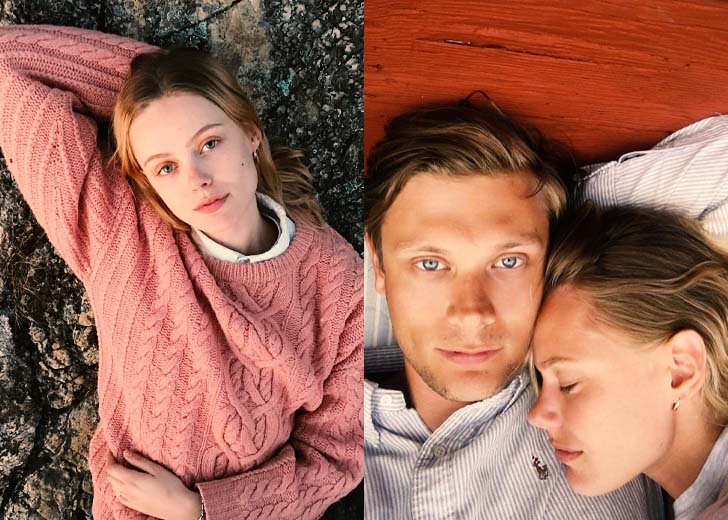 Frida Gustavsson is a talented Swedish actress who is set to make her appearance as Freydis Eriksdotter in Netflix’s brand new series, Vikings: Valhalla. The show – set to release on February 25, 2022 – is a follow-up to the original show, Vikings.

In addition, the actress, whose height is 6 feet 0½ inches, has gained fame for her performance in movies and TV shows such as Swoon, Dröm, The Witcher, De utvalda, Partisan, and Tigers.

While her professional life remains known to the public, Gustavsson’s personal life is somewhat under the wraps. Read on as we discover more about her love life!

Who is Frida Gustavsson dating?

As per Swedish Residence Magazine in July 2018, Engdahl is two years older than his girlfriend and is 30 years of age – born in 1991. As for his profession, he works at a contemporary art gallery named Belenius in Stockholm.

The outlet further reported that the actress and her boyfriend started dating each other a few years ago. So, it’s plausible to say that they got together around 2016 or 2017.

Sometime after they began dating, they moved in together. At first, they chose different houses/apartments in various places to live together but ultimately decided to settle in Södermalm, Stockholm.

The love birds have been together ever since. However, as the Stockholm, Sweden native actress prefers privacy, she doesn’t open up on her relationship with her partner on most occasions.

Nonetheless, Gustavsson could be occasionally seen sharing pictures with her boyfriend – without tagging him – via her Instagram handle. For instance, on December 1, 2019, she shared a picture in which she was laying her head on her beau’s shoulders. “Home,” she captioned her post.

She last featured her partner on December 24, 2020, when she posted a selfie with him with red heart and Christmas tree emojis.

Following that, it seems like she has gone back to keeping her relationship secret. And though some might have the idea of Gustavsson’s breakup as she hasn’t featured her beau since late 2020, it’s quite safe to say they are still together.

Before her romantic relationship with her present boyfriend, the model turned actress was a married woman.

She was married to a photographer/video assistant named Hjalmar Rechlin. As of this writing, it’s unknown when and where the former married couple first met each other.

But, Gustavsson’s IMDb profile suggests that she shared the wedding vows with her now ex-husband on May 29, 2015. As per Vogue, their marriage ceremony was simple.

On her wedding day, the bride looked elegant in a makeup-less look and Valentino gown. She also wore a loosely plaited flower crown braid, which was decorated “with delicate sprigs of baby’s breath” thanks to London hairstylist Ali Pirzadeh.

Frida Gustavsson and her now ex-husband Hjalmar Rechlin at their wedding. (Photo: wardrobetrendsfashion.com)

The wedding went well, and the then-married couple looked adorable together. However, little did anyone know that their bond wouldn’t last forever. Gustavsson and Rechlin eventually got divorced.

And as Gustavsson began dating her current partner around 2016 or 2017, it could be said that her divorce happened before that.