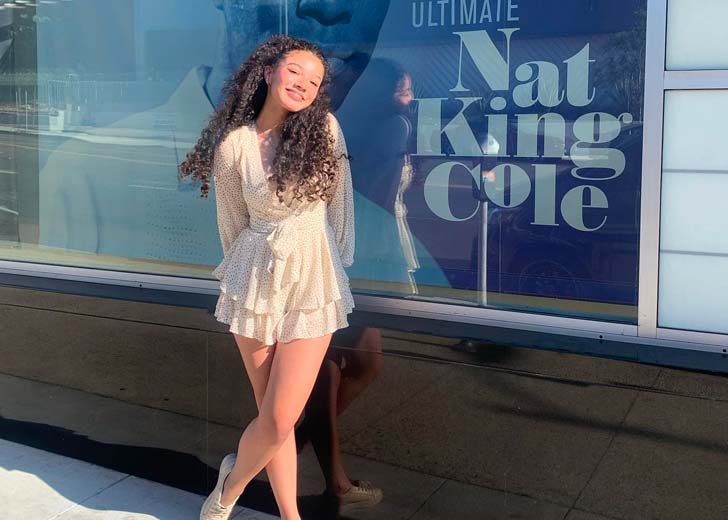 “Growing up, the only form of representation was Black girls either being the ‘sidekick’ or a trope,” said Malia Baker.

Canadian actress Malia Baker is best known for her role in the first and second seasons of the Netflix series The Baby-Sitters Club as one of the leads Mary Anne Spier.

She is also known for her role on the second season of Are You Afraid of the Dark on Nickelodeon and has appeared on the television shows A Million Little Things and The Flash.

The leading role in one of the most popular series has gotten Baker quite a fanbase. Here are some more facts about the upcoming star of Hollywood, Malia Baker.

Baker was born on December 18, 2006, in Botswana, an African country, and comes from a business-class family. This December 2022, Baker will reach the age of 16.

Her parents moved to Canada and raised the young actress in Vancouver. Therefore, although being of African descent, Baker holds Canadian citizenship.

Her mother, Julia Baker, is Canadian, and her father is a businessman from Southern Africa. The actress has not revealed much information related to her parents and siblings.

Her family relocated to Canada when she was just two. She grew up in Canada alongside her younger sister, and she and her sister have a striking resemblance.

The talented young celebrity enjoys playing the guitar, going on vacation, and is passionate about animals. She has two pet cats.

2. Malia Baker had only started taking acting classes when she landed her major role

Baker had just started acting courses a year when she was cast as a series regular on Netflix’s North American search.

She has also starred in the TV shows A Million Little Things and The Flash and the Hallmark Channel film Hope at Christmas,  which was her debut movie.

However, her portrayal of Mary Anne Spier in the 2020 Netflix comedy-drama series The Baby-Sitters Club has given her a household celebrity. The series is based on Ann M. Martin’s children’s novels of the same name, which were released between 1986 and 2000.

Baker is also an ardent reader and writer who hopes to utilize her “arts and her brains” as a role model for younger bi-racial adolescents and females.

3. Malia Baker is also an activist

Baker is not just an actor but also an activist who utilizes her platform to encourage and empower young women, particularly women of color.

At 15, she advocates for diversity and representation and has been designated one of Refinery29 Canada’s 2021 Powerhouses.

More of her advocacy and activism work can be found on her Instagram, where she has over 500,000 followers.

4. Malia Baker has a mixed experience in Hollywood

When talking to Do Something, the young star opened up about her experience in Hollywood.

She shared that there has not been enough representation of people of color as a lead in the movies. “Growing up, the only form of representation was Black girls either being the “sidekick” or a trope,” she mentioned.

When talking about her experiences, she added, “My experience in the industry as a young woman of colour has been a mix of emotions. From hair teams not being able to properly do my hair, to having a bit too much orange in my foundation.”

Baker mentioned that there was still colorism in the industry, and it needs to be solved.

“I feel like the most important conversation, especially as a light-skinned girl, is the colourism the industry holds. I seem to be the only presentable/acceptable version of a Black girl most can handle, and that is something we need to hold the industry accountable to for change. All hues should be represented accordingly,” she said.

5. Malia Baker opened up about her anxiety

With the Anxiety Canada podcast, Baker explains her developing anxiety struggle. She recalls that her anxiety was at its worst in fourth grade, and she lost movement in her legs, finally being diagnosed with complicated regional pain syndrome (CRPS).

Baker has regained full mobility, and while she still suffers from anxiety, she has learned to control her symptoms with the help of her mother, younger sister, and friends.

“Physically there appeared to be nothing wrong. It was this mental thing where my brain was telling my leg it couldn’t work because everything was being built up inside of me,” she shared.