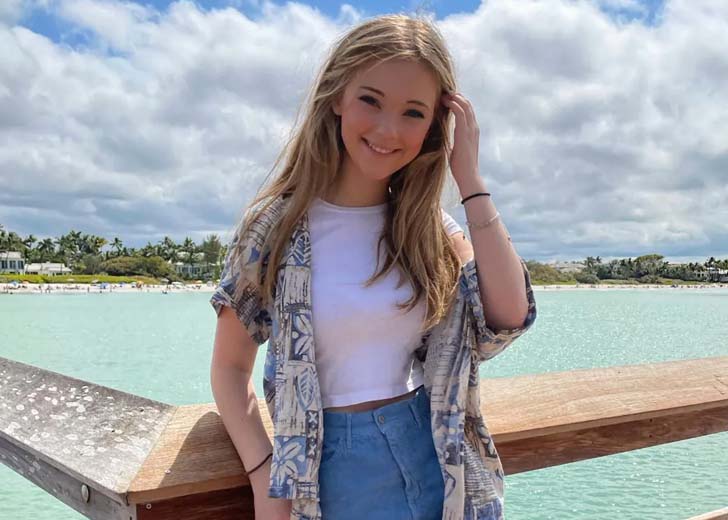 Sophie Grace is an aspiring American actress who is making her way into the entertainment industry. She is best known for her performance in the Netflix show The Baby-Sitters Club. She played one of the lead roles of Kristy Thomas from 2020 to 2021 in 18 episodes.

The adventure-drama-themed show is the first major acting role for the young Grace. And her performance in it was good enough to win a Daytime Emmy Award for Outstanding Young Performer in a Children’s Program at the 2021 Daytime Emmy Awards.

Besides this, she played a major role as Kaitlyn in the TV movie Terror in the Woods — she won a Young Artist Award. Grace is yet to make her debut in a big-screen project.

Due to her ever-growing popularity, people are eager to learn more about her. Below is a look at the actress’s personal life and wiki.

Is Sophie Grace dating a boyfriend?

Grace’s present relationship status seems to be single. There has been no recent or old news of the actress dating a boyfriend.

She hasn’t provided any hints of having a partner through her social media handles. She is mostly active on Instagram, where she shares pictures of her day-to-day life, from her outings, with her friends, and gives updates on her professional life.

Additionally, there is no news of Grace being in a romantic relationship in the past and having a former boyfriend. So, to conclude, all of the known things only suggest that Grace isn’t dating anyone as of this moment.

Besides, the actress seems young enough to be dating. Perhaps, she might be giving more of her focus on building a flourishing career in the entertainment industry.

How old is Sophie Grace?

The Over-the-Hill Grand Prix actress is presently 16 years of age. She celebrates her birthday each year on April 8. As per her date of birth, her zodiac sign is Aries.

Sophie Grace is still in her teenage years (Photo: Instagram)

Born in 2006, Grace was initially raised in Philadelphia. Later her family changed cities, and she spent the rest of her childhood in the suburbs of Jacksonville and Los Angeles.

Her father’s name is Dominic Brownlee, and her mother’s name is Carly Brownlee. She was raised as one of six children by her parents in a high-energy and close-knit family. Thus, she has five siblings, but their identities are undisclosed.

Grace’s IMDb profile, maintained by her team, mentions that she always had a passion for the stage. She started her journey at the age of three and used to perform in school and local plays on a regular basis.

The 5 feet 2¼ inches tall actress’s professional training started at age ten, and after two years of study and dedication, she finally booked her first major work, Lifetime’s TV movie Terror in the Woods. Afterward, she landed a role on Netflix’s The Baby-Sitters Club.