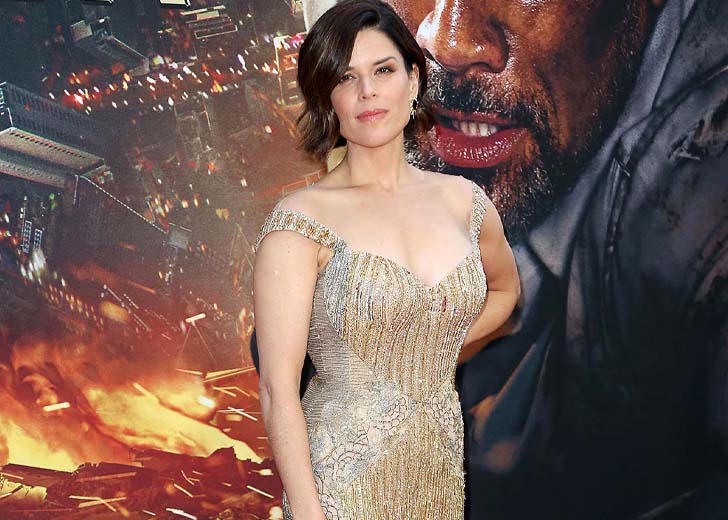 Neve Campbell has been acting since 1991.

Neve Campbell is a talented Canadian actress who has risen upto the top of the entertainment industry since her debut in 1991.

Her acting debut came in the TV show My Secret Identity, where she played a minor role as a student. The following year, she gained prominence after booking a major role as Daisy McKenzie in the show Catwalk.

Campbell’s big-screen debut came in 1993, when she portrayed the role of Jesse Donovan in the Horror and Sci-Fi themed movie The Dark. She continued her journey in the field by doing numerous films and TV shows and garnering millions of fans.

Apart from fame, acting gave her a way to make a living. As her work went on, her income increased, and so did her quality of life. Celebrity Net Worth reports that the actress presently has an estimated net worth of $10 million.

As of now, she has 66 credits as an actress in her IMDb profile. She recently appeared as Maggie McPherson in the Netflix show The Lincoln Lawyer, which premiered on May 13, 2022.

Here is a look at Campbell’s five iconic acting roles!

House of Cards is a Netflix show that originally aired from 2013 to 2018. The drama series’ synopsis was, “A Congressman works with his equally conniving wife to exact revenge on the people who betrayed him.”

Campbell joined the show in its fourth season, which aired on March 4, 2016, and remained until the end of the penultimate season, i.e., season five — which premiered on the streaming service on May 30, 2017.

In House of Cards, Campbell portrayed the role of a Democratic political strategist named Leann Harvey. Harvey joins Claire Underwood’s team and starts to serve as her campaign manager.

Harvey is shown as a good person who has a strong moral compass, but she is willing to do anything to get what she wants. And as she gets deeper and deeper into the Underwoods, she begins to dream big for herself.

Speaking of her character to Entertainment Weekly, Campbell said, “She’s very good at finding ways of making [what she wants to happen] happen, which is fun to play. She’ll do whatever it takes to move up.”

Campbell’s portrayal of the ambitious and calculated character of Leann Harvey in the two seasons of House of Cards was praised by many.

The Rated R movie’s synopsis read, “A police detective uncovers a conspiracy behind a case involving a high-school guidance counselor when accusations of rape are made against him by two female students.”

In this movie, Campbell played the role of Suzie Marie Toller. And her performance in it is said to be great and unlike anything that the audiences had seen in the actress’s other projects.

Her character is shown as a person that everyone disregards; has grown up in a house with financial complications, and no one knows what is going on with her — including the audience, who were expecting Campbell’s character to be soft and vulnerable.

Campbell’s performance truly impressed everyone, and although she didn’t reprise her roles in the three direct-to-DVD sequels, her work in the first one was enough to leave a mark among the 90s audiences.

The year 1996 was great for Campbell as she gained major limelight for her performances in multiple movies. One of the movies was the supernatural horror film titled The Craft, released on May 3, 1996.

The four leads played the role of outcast teenage girls from Los Angeles parochial high school who turn to occult/witchcraft to solve any issues they have but later experience negative consequences.

Campbell’s character had some burn scars all over her body due to a rough car accident. She is shy and self-conscious, but everything changes when Sarah – a girl with unusual abilities – arrives.

The Craft wasn’t initially a hit, and there were several mixed reviews from the critics who criticized the movie’s writing, political messages, and inconsistent tone. However, they had praised the leads’ performances, and the film has gained a cult following years after its initial release.

Party of Five is an American teen and family drama that aired on Fox over six seasons — from September 12, 1994, to May 3, 2000. It was created by Christopher Keyser and Amy Lippman.

The show followed the lives of five Salinger siblings following the untimely death of their parents in a car accident. Other ensemble cast members were Scott Wolf as Bailey, Matthew Fox as Charlie, and Lacey Chabert as Claudia Salinger.

There was another sibling, a baby brother named Owen – whose role was played by different actors throughout the show. As for Campbell, she played the role of third-eldest sibling Julia Salinger.

Campbell’s character – who appeared in 142 episodes – was shown as a “highly intelligent, emotionally sensitive teen who struggles to adjust to being an orphan and having more family responsibilities.”

Party of Five was loved by many and was even called “The Best Show You’re Not Watching” in 1995 by TV Guide. In 1996, the show went on to win the Golden Globe Award for Best Television Series – Drama.

Earlier it was mentioned that Campbell tasted the success of some movies in 1996. Well, the other was the American slasher film titled Scream. It was directed by Wes Craven and written by Kevin Williamson.

In it, Campbell portrayed the lead role of Sidney Prescott — a character who is trying to greave following her mother’s death but cannot as she fights to save her own life against a killer who appears to be omnipotent and omnipresent.

Accompanying the actress in the movie is David Arquette as Dewey Riley, Courteney Cox as Gale Weathers, Matthew Lillard as Stu Macher, Rose McGowan as Tatum Riley, and Skeet Ulrich as Billy Loomis.

The movie was made on a budget of around $14 million to $15 million and went on to become a huge box office success, earning $173 million worldwide. It also revitalized the slasher genre.

Following the first movie’s success, four more sequels have been made, with the most recent being released in 2022. However, unlike the other sequels in the franchise, which were given a number after the name, the fifth installment was titled “Scream” only.