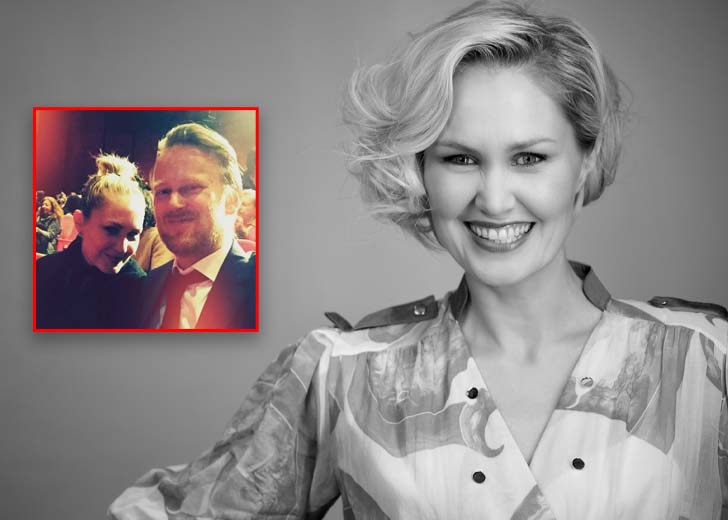 In addition, she has gained popularity in her home country for her performances in movies and TV shows, such as Iskyss, Into the Dark, Blind, Shelley, Frikjent, Thelma, Grenseland (aka Borderliner), Aber Bergen, and Three Wishes for Cinderella.

For her performance in the 2014 movie Blind, she won a Kanonprisen Award and Amanda Award. Similarly, she has won two Amanda Awards for her role in Iskyss and Fjellet, respectively.

Petersen’s popularity has risen more with her playing Netflix shows and movies being released in the United States. And her newer followers are eager to know more about her, especially about her personal life.

As of this writing, Petersen isn’t dating anyone and thus doesn’t have a boyfriend. Instead, she is a happily married woman in a blissful marital relationship with her boyfriend turned husband.

Her husband’s name is Ola Fløttum, and the couple has been married for a long time. However, as the actress likes to keep privacy around her marital relationship, it remains unknown when the married couple first met, started dating, and got married.

Petersen’s privacy over her married life could also be seen on her Instagram handle. She is yet to feature her husband in any of her Instagram posts. And as there is no appearance of her husband on her social media handle, some might think they might be separated or divorced.

But that doesn’t seem to be the case here, as her husband has occasionally featured Petersen on his Instagram handle. So, it’s pretty safe to say that Petersen and Fløttum are still together.

Ellen Dorrit Petersen is a mother of two children

Although the couple is blessed with a daughter and a son, many outlets and Petersen’s IMDb profile mention that both of their kids are daughters. However, after some digging on the actress’s Instagram handle, that doesn’t seem true.

Ellen Dorrit Petersen with her son and daughter (Photo: Instagram)

The couple first welcomed their daughter, Rakel, on April 6, 2010. In 2021, the actress posted a couple of snaps taken over a video call with her daughter to wish her on the occasion of her 11th birthday.

Over three years later after welcoming her first child, Petersen gave birth to her second child, son Elia, on October 26, 2013. She wished her son on his sixth birthday in 2019 while using a hashtag that read “my boy.”

Since the birth of their children, the parents of two have been over the moon. And while the actress maintains privacy over her married life, she flaunts pictures alongside her kids without hesitation.

Who is Ellen Dorrit Petersen’s husband?

Petersen’s husband, Ola Fløttum, is a Norwegian musician and composer. He was born on August 5, 1972, making him 49 years of age.

As a composer, he is actively involved in the entertainment industry. Likewise, he has won multiple awards and was nominated for a few for his works as a composer.

Fløttum has mainly worked in short movies, documentaries, and feature films and has only worked in one TV series — a TV mini-series titled Shakespears Skjulte Koder.

As a composer, some of the feature films he has worked in include Reprise, In Your Veins, The Mountain, Force Majeure, Bright Nights, Thelma, Lost Girls and Love Hotels, and Wild Men.

Fløttum’s most recent work was in the 2021 movie The Worst Person in the World (original title: Verdens verste menneske). The film won several awards and received many nominations, including two at the 2022 Academy Awards.