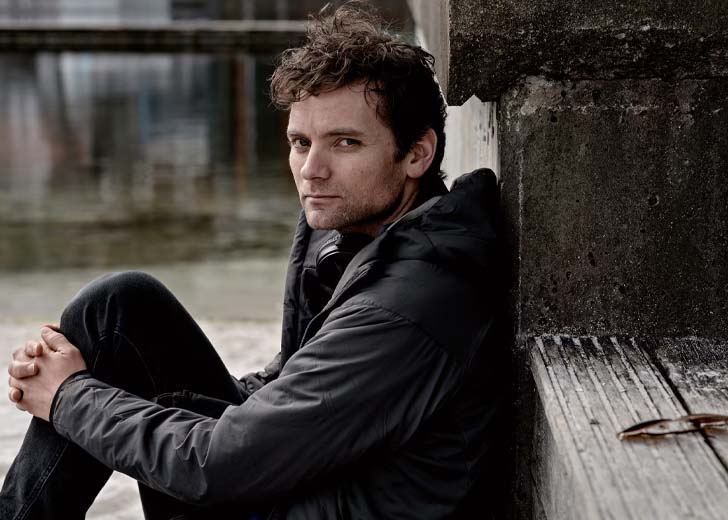 Morten Svartveit is a talented Norwegian actor whose 2021 film The Innocents was recently released in limited theatres in the United States on May 13, 2022. In the movie, he portrayed the role of Ida og Annas far.

Similarly, he recently made his appearance as Charlie in the Viaplay original series titled Pørni. The comedy-drama show has been received well from the viewers and critics and has already maintained an IMDb rating of 8.0 out of 10.

Besides those two titles, Svartveit has worked on multiple movies and TV shows such as The Almost Man, TRIO: Odins Gull, Framing Mom, Okkupert, Grenseland (aka Borderliner), Heimebane, Stardust, and The Crossing.

How old is Morten Svartveit?

Svartveit is presently 43 years of age. He celebrates his birthday every year on June 26. As per his date of birth, his zodiac sign is Cancer.

Born in 1978, he was mostly raised in the mountainside of Voss, Norway, not too far from the Hangursbanen cableway. Speaking of his childhood, he told bergensmagasinet.no in 2019, “In the winter of the 80’s, I went downhill skiing to primary school.”

“And after school – there was no after-school program at that time – I put on my skis again, headed to Hangursbanen, took it up to the top, and skied down the mountain to our house and put down my skis and went in.”

Being raised in the mountainside made him excel in skiing, and he even went on cross-country skiing for a couple of years. And when he was not skiing, he used to play football.

Morten Svartveit was raised in a family of lawyers

In the same interview mentioned above, the actor said that his father is a lawyer, and several more family members were involved in the same field.

However, additional details on his father could not be found, and the same goes for his mother. Svartveit has firmly kept the details of his parents and if he has any siblings or not upto himself only.

As Svartveit was raised in a family of lawyers, many would expect him to follow the same profession. And he was doing the same initially before changing his mind and enrolling at a musical school.

Morten Svartveit was raised in a family of lawyers (Photo: bt.no)

When asked if there was any family pressure to be a lawyer, he said, “There was no pressure at all. I was just very fascinated by that profession, and when I started studying law in Bergen, I really enjoyed my studies. It was a coincidence that made me take a different path.”

After leaving his law studies, he joined the musical school Bårdar and studied there for two years. Then, in 2004, Svartveit enrolled at GITIS Scandinavia Theatre Academy in Aarhus, a branch of the Russian Academy of Theatre Arts, Moscow, and graduated in 2008.

It’s so because a reputed Norwegian news magazine, Bergens Tidende, reported in November 2018 that the actor and his actress “cohabitant,” as in partner, named Kjærsti Skjeldal had found an apartment in Møhlenpris, Norway, to live in together.

“We want to be part of the establishment of Hordaland theater in the middle of the city,” said Svartveit per the outlet. But, other than that, no details could be extracted from the article as it required a subscription to read more.

And besides that one news, there has been no mention of Svartveit and his said girlfriend and whether they were married. Additionally, the actor’s said partner, Skjeldal, doesn’t seem to have any social media handles to confirm if they are actually together or not.

Another reason behind no information on their alleged relationship might be the fact that Svartveit hasn’t fully gained the limelight in many English-speaking countries, apart from his home nation. Similarly, his extremely low social media presence also plays a key role.

The Beforeigners actor doesn’t use Instagram and is presently available on Facebook and Twitter only. And even on those two social media platforms, he is usually inactive. Thus, there are few details about his personal life and if he is still together with his said partner.

How much is Morten Svartveit’s net worth?

Svartveit has officially been a part of the entertainment industry since 2012 and presently has 19 credits as an actor in his IMDb profile. Besides that, he had appeared in multiple theatre productions – some even before he made his debut.

Considering all of his works, it must be sure that he has earned well and has a decent net worth. However, the exact figures of his earnings and net worth are yet to be made public. But, if we have to guess, Svartveit’s net worth might be around $500,000 to $1 million.

Bryce Hall Responds to Tayler Holder's Comments about Not Knowing Him