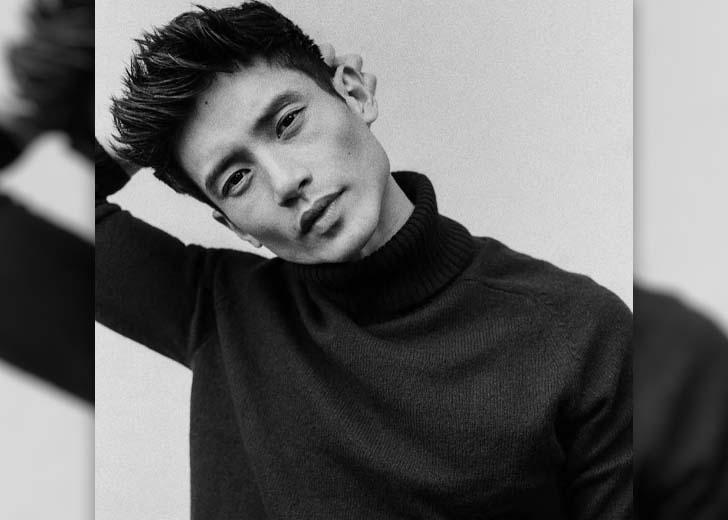 Have a look at Manny Jacinto’s love life!

Manny Jacinto is a talented Philippines-born Canadian actor who is set to star in one of the most anticipated movies of 2022 — Top Gun: Maverick. In the movie starring Tom Cruise, Jacinto plays the role of a pilot named Fritz. Other details of his character aren’t disclosed.

Apart from that, he has appeared in some notable films and TV shows, including The 100, Only Human, The Romeo Section, Peelers, The Good Doctor, Belle, Brand New Cherry Flavor, Nine Perfect Strangers, and I Want You Back.

However, none of these acting gigs gave Jacinto the limelight that he got for his portrayal of Jason Mendoza in the NBC Sitcom titled The Good Place. For his performance, he was nominated for one Gold Derby TV Award and one IGN Award.

With all he has done, it’s quite fair to say that the actor has established a fruitful career in the entertainment industry. But it isn’t the only good thing that he relishes as Jacinto also has a good thing going on in the personal side of his life.

Does Manny Jacinto have a wife?

Jacinto is yet to share the wedding vows and get married to a wife. Nonetheless, he does have someone special in his life with whom he might get married someday.

As mentioned earlier, the actor has a good thing going on in his personal life, all thanks to his beautiful girlfriend turned fiance Dianne Doan. Jacinto and Doan have been engaged for over two years now.

And while their togetherness is no secret among the media and public, it remains unknown when and where the couple first met each other. Another undisclosed thing is when they officially started dating.

However, several online outlets have mentioned that they were in a relationship for a long time before getting engaged. On the other hand, some outlets suggest they have been together since 2017.

Whatever the time might be, Jacinto and Doan took their time before taking any further steps in their relationship. On Saturday, November 9, at the 2019 Vulture Festival, the actor revealed that he and his partner got engaged.

At the same Vulture Festival, Jacinto divulged the details of his proposal to his now-fiance and revealed that his character’s – Jason Mendoza – quote from The Good Place helped solidify his decision.

He said, “I was toying when to pop the question for a long time. I looked at the Janet/Jason relationship, and there’s a sentence that Jason says to Chidi about relationships, and it hit me pretty hard. I thought it was a sign that I needed to do it, and a week later, I popped the question.”

He then mentioned that he had “these canvas things written down with a message” that reflected why the places were important to them. He asked Doan to have her eyes closed at every location, and then he would hold up the canvas and see it.

After Jacinto said that, he told a funny instance. He said, “I think she thought I was going to pop the question at the first place. So with the first note, she was like, ‘Oh, that’s cool.’ I think she was a little disappointed there wasn’t more.”

Finally, after taking Doan through five different places, they finally arrived at the last location where both of their families were waiting for them. Jacinto went down on his one knee and proposed to her. She said yes, and they got engaged.

Since their engagement, the couple has always been together — as they were in the past. The two presently reside alongside their pet dog, an American Bully, whom they adopted during the pandemic. As for their wedding, there has been no news on that topic.

Who is Manny Jacinto’s future wife?

Like Jacinto, his future wife, Dianne Doan, is a fellow Canadian actress. She joined the entertainment industry by making her acting debut in 2009 but hasn’t always been active.

She is best known for her portrayal of Lonnie in Disney Channel’s short TV show, Disney Descendants: School of Secrets, and sequel movies and shows, such as Descendants, Descendants: Set It Off!, and Descendants: Wicked World.

Besides that, Doan has appeared in Vikings, Last Night in Suburbia, Good Trouble, Agents of S.H.I.E.L.D., and Warrior. She presently has 24 credits as an actress in her IMDb profile, including two of her upcoming movies.