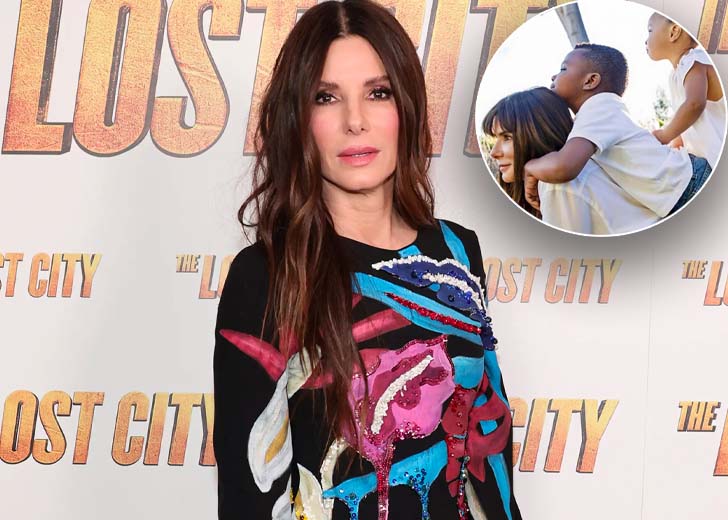 Sandra Bullock said there were times when she wished her skin tone matched that of her kids.

Sandra Bullock has been candid about how she deals with racial issues while parenting her Black children. She adopted Louis in 2010 and Laila in 2015.

The Academy Award recipient has long been outspoken about how she approaches the subject of race with her kids and has previously earned praise for her genuine authenticity.

On November 30, 2021, Bullock spoke with host Jada Pinkett Smith alongside Willow Smith on the Red Table Talk program on the realities of raising her Black children, acknowledging that there are moments when she wished their skin tones “matched.”

The Ocean 8 actress said, “To say that I wished our skins matched…sometimes I do because then it would be easier on how people approached us,” during the show.

She emphasized further that she feels the same way as a woman with a brown complexion carrying brown children or a white mother bearing white children.

Willow chimed in to provide her perspective, stating that the relationship between a parent and their child is unaffected or altered by a variation in skin tone.

During Willow’s remarks, the actress rejoined the conversation and expressed that perhaps one day that will disappear and people would be able to view it with different eyes.

Speaking to the Grio, Bullock flashed back to a tough but important discussion regarding racial profiling with her son when he was just six years old after noticing that he was wearing a hoodie.

The mother of two described that her son, at the age of 6, wore a hoodie, and she was like, “We’re gonna have a conversation. It’s different for you.”

She asked Louis what it looked like he was doing with the hoodie and, in response, said, “Well, I look like I am hiding.”

Afterward, Bullock again asked her son if he had anything to hide, which he said he did not, and she told him that you don’t need to wear the hoodie outside.

She also made her son aware of how people are scared and will react differently to a brown-skinned person than a white boy.

Jesse James, a TV celebrity, and Bullock were previously married in 2005 but unfortunately lasted for only five years. Their divorce was finalized in 2010.

Something in Bullock’s heart told her she was destined for motherhood between her widely publicized divorce and Hurricane Katrina’s destruction.

The actress spoke openly about her decision to adopt in a tearful interview with Parenting in June 2018. “I did think maybe not. Then Katrina happened.”

She noted that Hurricane Katrina happened in New Orleans, and something told her that her child was there and described the feeling as ‘weird.’

Nothing felt better than holding Louis in her arms for the first time in 2010 despite Sandra’s considerable concerns about moving forward with the adoption, which ended up requiring a lengthy, four-year wait.

Bullock received numerous blessings from adopting Louis. The growing child not only made her a mother but also persuaded her to adopt a second child in 2015.

The American actress recalled how Louis interrupted a discussion she was holding with a group of close friends regarding their daughters. At the time, he jokingly said, “Yeah, I don’t have daughters. But I am going to have a baby soon!”